The mountainous 153k etapa from Creel to Guachochi exceeded all hype, expectation and yes, red carpet glamor and glory.

Riders battled over four categorized climbs as Hollywood stars flew in from Los Angeles for this chihuahua-studded event.

One could forgive Oscar Sevilla (Rock Racing) for feeling like he was hardly the biggest star;  he was certainly the biggest winner.

He snatched the day-glo lime jersey on the slopes of Lalaja (cat.1) when Dani Moreno launched a muy fuerte attack that shattered the peloton.

Stage honors went to Costa while the eternally baby-faced Sevilla proclaimed himself the man to beat in the race of the yapping toy dog.

“The team rode a great stage,” said an overjoyed Sevilla. “There is still much more racing and I haven’t won it yet although the number of rivals has been reduced and I’ve got a very experienced team with a great run of form.” 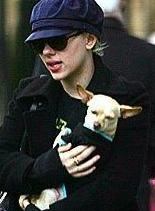 Was this the Academy Awards or a bike race in Guachochi? The queen stage of this years’ race turned into a Hollywood stage as A-list chihuahua lovers turned out in force for their favorite race.

Even recluse Mickey Rourke made the trip, wandering the boisterous town, threatening to wrestle strangers and shouting obscenities.

For one day at least, Guachochi, the small Mexican town known mostly as a hot spot for the Sinaloa drug cartel was instead the “it” place for movie stars, singers and dancers.

That is the transformative power of the Vuelta a Chihuahua. The rockin-est, funniest race on the endless UCI calendar. The Tour de France is great, Roubaix is amazing, but the Chihuahua rules. 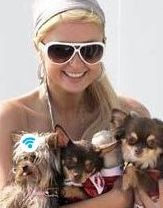 Thursday’s etapa quarto, a 192k run from Guachochi to Parral, promises to be another snarling dogfight.

And who knows? Perhaps additional movie stars are on their way. Perhaps the Frito Bandito will strike once again.

Until then we leave the drama, excitement and superstars of the Vuelta Chihuahua behind and say, “manana, jalapeno.” Tomorrow, my chili friend.