On the road to Parral.

Welcome back to Chihuahua, stage 4 with Oscar Sevilla (Rock Racing) in the day-glo lime green jersey and facing 188 kilometers of racing from Guachochi to Parral. There will be attacks — nothing personal, no knives or sawed-off shotguns — but attacks. It’s a bike race, compadre.

Michael “el pollo” Rasmussen woke up in a foul mood ready to attack after his own teammate Gregorio Ladino torpedoed the Dane’s chances for overall victory. In stage 3, Ladino fouled up team tactics, jumping into the winning break that finished over seven minutes ahead of Tecos captain Rasmussen. 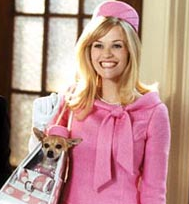 “Yesterday, the team made a mistake in its tactics, as the strongest rider of the team was me, and today I have again demonstrated this,” said the modest Rasmussen. Why stop bragging there — he’s also the skinniest and baldest.

But we’re jumping ahead. We begin today with our favorite mangled Spanish to English translation from the always amusing Pan American Cycling Foundation.

Highlights of their etapa quarto coverage included: “It was the longest stage, undulating, with prizes of lesser mountains. Oscar Sevilla, Spanish leader is preserved, as missing two stages to realize the International Fair.” How can Twisted Spoke compete with that, amigos?

The chicken attacked relentlessly today, making three attacks and eventually breaking away. Only Daniel Moreno (Caisse d’Epagne) was able to bridge up to Rasmussen. The two gained two minutes on the peloton, Moreno doing the bulk of the workload. 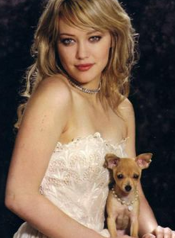 “Rasmussen didn’t work in the final kilometers, but I didn’t stress because I knew that he was very tired and also knew that I was faster than him,” said Moreno.

The Caisse d’Eparge rider took his first win of the season, with Rasmussen trailing him in seconds later. Race leader Sevilla’s Rock Racing team had the peloton on San Quentin lock-down, no dangerous escapes and all possible threatening riders accounted for. With a strong team and Francisco Mancebo as his right hand man, Sevilla was never in danger.

“It [the stage] was hard but we know that we controlled it very well; Paco Mancebo and I are perfectly attuned and to have someone like him makes me much more confident. He did a great job for me,” said Sevilla.

The Hollywood atmosphere in this years’ Vuelta Chihuahua continued in Parral as chihuahua-totting stars continued to arrive. Hilary Duff, Adrien Brody, Reese Witherspoon, Brendan Fraser and George Lopez all made the trek to Chihuahua to see the their favorite cycling event: the race of the yapping toy dog. Lance Armstrong and the Tour de France always bring out the American fans. But it takes a cute, yippy mutt to get Hollywood worked up about a bike race.

The only famous celebrity now missing is famous bandito (and Chihuahua local boy) Pancho Villa. However he has a reasonable excuse: he was ambushed, shot and killed in Parral, our finish line town, back in 1923. Somewhere up in the sky, Pancho is looking down, yelling arriba, arriba Oscar!

Rasmussen was ambushed by his own team yesterday but Oscar Sevilla has a loyal squad, not much chance of that happening.  But you never know what what’s coming next in the silliest, rockin-est race on the UCI calendar. Vive Chihuahua.