Thanks to the vibration damping of carbon fiber, the story on gloves is no longer over-padded comfort, it’s all about essential bar feel. The PI P.R.O’s are designed for bike racers and style minimalists who want the ultimate in hand-to-bar communication. You want to be as connected to the bike as humanly possible.

First, the Pittards leather gives you a thin, soft and highly tactile surface to grip the handlebar. We found the gloves have a nice slight degree of “tack” to them — not enough to stick, just right for grip. The glove fit is super trim so there are no issues with palm bunching. 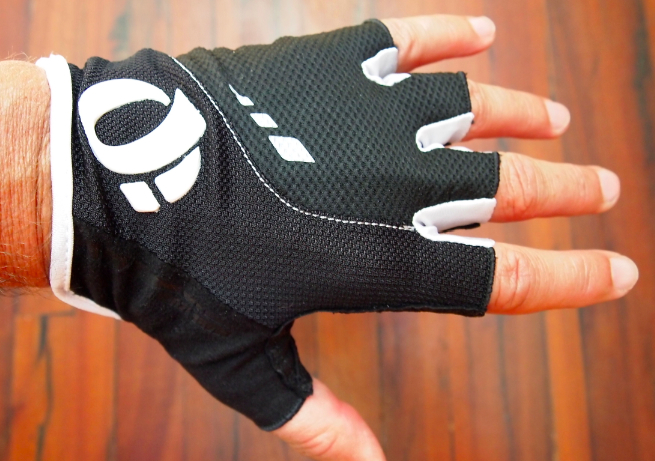 When we slipped these on we felt like a middle weight boxer about to attack the speed bag. They’re snug and look aero and they make your hands feel fast. When you lay your palms on the bar it feels like you’re fully wrapped around and that goes for when you’re on the brake hoods, too.

The top of the gloves get the In-R-Cool mesh for cooling and that keeps the moisture content low. You’re not going to sweat out these gloves. There are four small ventilation holes in the palm and two at the base of each finger.

There’s a slight extension in length on the base of the palm — almost like a tab — so you can pull the gloves on easier. We will say that getting the P.R.O’s off requires two or three tugs. There’s a pull sewn into the glove on the side by your ring finger. It’s nice that it’s hidden but we could have used a second pull on the index finger.

Overfall, the thrill on these gloves is the full bar contact and minimalist design. A few weeks back we finished a ride and running late, threw the bike on the rack and started driving the car with the P.R.O’s still on. Well, they double as primo driving gloves.

Now we do like a padded glove because we don’t race but if you do — or simply like a hyper-sleek, stylish glove — then the Pearl Izumi P.R.O.’s are definitely worth putting on.