Life is good for George Hincapie. Storied career winding down, ready to break the record for number of Tour de France rides, basking in fan applause wherever he goes.

Perhaps it’s a natural ramp-up but Hincapie Sports has been doing some pretty cool things lately. For example, their Signature eVent rain shell has earned rave reviews in the US and Europe and we rate it the best in existence, bar none. 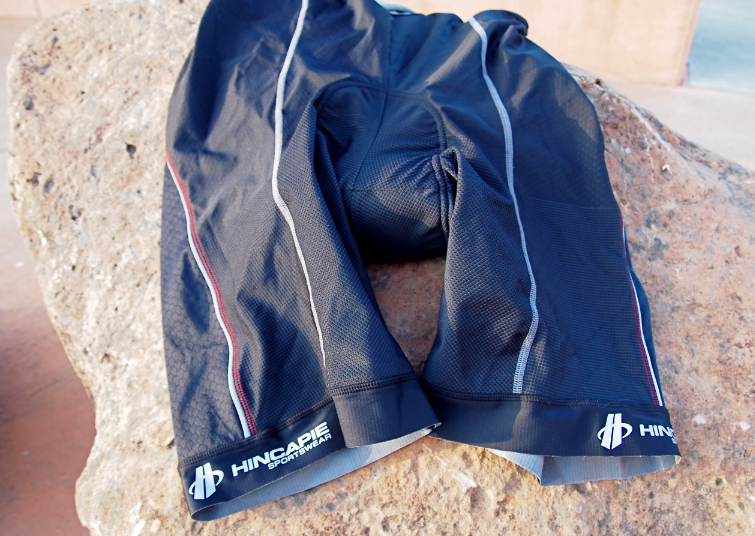 That’s a long way in but does bring us to our test of the Hincapie Emergence bib short, which represents their top of the line other than the George Signature gear.

First off, it’s a sweet-looking bib. The $219 price tag gets you a well-styled bib and the subtle matching of black fabrics, textures and reflective accents give it a race-ready, expensive appearance. Hincapie calls the fabric AT1 Dynamic stretch.

The excitement is that one single piece of fabric can display a range of tensions and capabilities that change according to the need for compression, flexibility and ventilation. Pick up the bib and start stretching it in different locations and you can actually tell the differences. On the bike that sensation is more subtle but still evident as far as things like cooling and pad stability. The coldblack finish works as always, keeping a black bib cool to the touch. 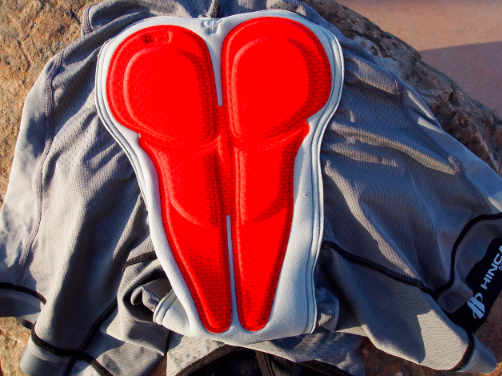 The pad in the Hincapie is top notch spec and we found the comfort level to be good, not amazing. That’s always a caveat because of individual preference for a thicker or thinner pad and anatomical differences. We’d place the Emergence pad more in the plush camp. Hincapie used a chamois with E.I.T. Carbonium to give support and relief in specific pressure zones. Again, nice and your sensitive butt may or may not pay attention.

So far so pretty darn good. Unfortunately there’s a hitch. When we slipped on the Emergence bib, the leg bands were not tight. They’re tapered, laser cut and fused with a sleek and thin layer of silicon but they just didn’t hold firmly. (A quick google search turned up a second rider comment on the loose legbands.) 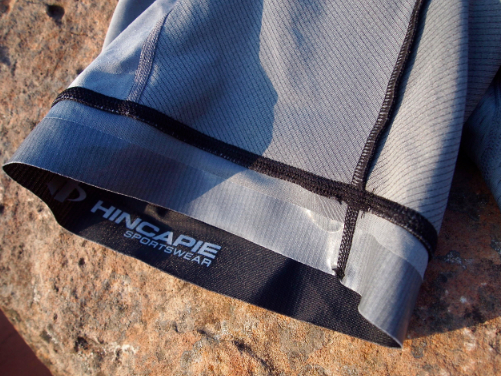 The second hitch was the fabric also rippled slightly down the outside of the thighs along the seam line. It’s doubtful that’s a sizing issue because we’ve tested ten bibs in the last year — they’re all XL and all fit well. Our recommendation might be to go a size smaller with the Emergence. We should also note that we’re 6′ 4″ with long, skinny legs — not much thigh to grip. Guys with massive quads won’t have that ripple. Still, it was a disappointment because we really like the look of the Emergence.

Riding notes: Safe to say that Hincapie knows how to stay at the front of a bike race. Once settled into place, the Emergence pad felt cozy and overall fit — including strap length, was spot on.  We could go back to just concentrating on making our leg muscles burn.

Summation: Stylish bib, quality pad, possible fit issue. Definitely worth your dollars (or euros) but best to try on before riding away.