Was it a deadly puffer fish? The poisonous tiger fish? An electric eel?

News that Saxo Bank’s Frank Schleck ended up in a hospital with serious swelling after a fish sting, raised more questions than there were answers. Initial reports on the fishing trip-gone- awry left out the where and the exact what? We need a a species, Frank. 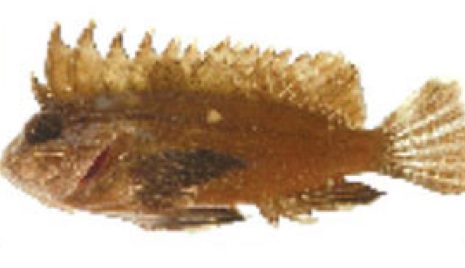 “I caught this tinny one and as I grabbed it to unhook it the stupid thing stung me,” said Schleck. “Thirty minutes later it was swollen like bad ass.” A good, solid medical description but we need more details.

Are we talking about the vicious weever fish, whose venomous spines cause victims weeks of intense pain?

According to Frank the swelling returned ten days later. It’s a possibility. Normally found in the Eastern Atlantic and Mediterranean, one was found in the Thames estuary and may have migrated to other locales.

“I Googled the fish and it turned out to be poisonous. Ten days after the swelling came back and I went to the hospital and they had to operate and remove the bacteria. I had eight stitches,: said Schleck still refusing to reveal the exact species of fish.

Perhaps we’re dealing with the a stonefish — the most venomous fish in the world. They are primarily marine, but some species are known to live in rivers. There’s just no way to know without careful investigation. What is Bjarne Riis saying?

Another possibility for the Schleck stinger is the stargazer, found worldwide in shallow waters. They attack by burying themselves themselves in sand, and they leap upwards to ambush prey — including perhaps skinny, unsuspecting cyclists.

One could also make a case for the saber tooth blenny. Don’t let the silly blenny part throw you off. They’re deadly. According to the wiki, it tricks fish into offering their under-parts to be cleaned. But instead of eating parasites, the sabre tooth blenny bites the victim. The question becomes, did Frank has his jersey off and did he have parasites? This story is just one mystery wrapped in another mystery, a burrito full of confusion.

Given the date of the attack, just before Christmas, and knowing Frank Schleck was married in Mondorf on New Years Eve, we’re assuming the fish attack took place somewhere in Luxembourg.

Readers are encouraged to submit their own theories and we offer this primer on Venomous fish. Was it a waspfish, surgeonfish, the misleading named soapfish? Are there marine biologist cyclists would could shed light?

What a few weeks for the Brother Schleck. First, Andy collides with a toy car while on a training ride and now Frank is stung by a mystery fish that may or may not even biologically belong in Luxembourg.

Boys, take it easy out there.