We have to admit that each time we see the word Eroica, the first image we think of is not skinny guys racing titanium road bikes.

No, our head starts spinning with dozens of graphic images of a veritable peloton of naked young women riding around Tuscany on their bikes with me along as sexual guide and provocateur. 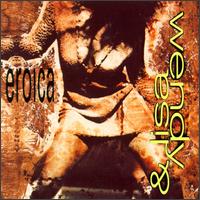 However the Eroica — also called the Montepaschi Strade Bianche — is damned exciting. The race was inspired by the cobbles of Paris-Roubaix and Flanders with the Italians substituting 70 kilometers of gravel roads around Sienna.

This Saturday’s no-sex Eroica in Tuscany was won by Astana’s Maxim Iglinsky. The Kazakh rider beat 2009 winner Thomas Lövkvist (Team Sky) and Michael Rogers (HTC-Columbia) in a three man sprint into the beautiful Piazza del Campo in the centre of Siena. News reports make no mention of them being greeted by hoards of naked Italian women.

Italian national champion Filippo Pozzato and his large backside tattoo were fourth a few seconds behind. So ends another Eroica that provided much racing action but very little in the way of sexual entertainment.

Further research reveals that this Eroica is also not the 1958 Polish film Eroica by Andrzej Munk or the 1990 album by Wendy & Lisa that looks bad-ass sexy. Although we’re intrigued that the pop duo were on Virgin Records — very Erotica.

Nor is the Italian bike race in any way associated with From Eroica With Love, the Japanese shōjo manga by Yasuko Aoike that stared in 1976.

No, the Eroica is strictly a bike race and the UCI insists on keeping it that way. This is the ProTour, not the ProPorn. Still, the mind reels with possibility…