As part of his training for the World Championship Road race in Australia, Filippo Pozzato says he’s abstaining from sex.

In fact, since breaking up with his girlfriend six months ago, the man claims he’s been living like a monk in lycra. Six months without whoopee is a long time and it’s making Pozzato’s hair kink up something fierce.

Watch out Melbourne. Hide the pretty girls and hand out condoms at the event because should Pozzato win the road race from Melbourne to Geelong, he’s bound to go nuts and end his sexual frustration right then and there. Not even Italian coach Paolo Bettini will be able to stop Pozzato.

Male strip club Hunkmania has issued an invitation to the testorone-fueled and semen filled Pozzato to dance for the ladies and show off his back tattoo.

Already the working girls in Saint Kilda and King Street are eagerly awaiting a special visit by Pozzato and his great big, hard road race medal.

They’ll be wearing their “I wanna party with Pozzato” panties and hoping the Italian Stallion ends his self-enforced sexual abstinence with their professional services — or was that ser-vices? 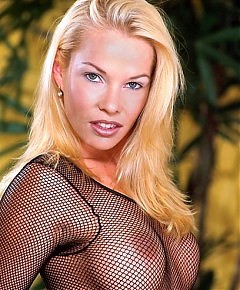 Public health officials and race organizers have decided to place fencing and barriers along the entire course just to discourage Pozzato from taking advantage of any attractive female cycling fans who may simply break his will power.

Twisted Spoke is praying that Filippo Pozzato doesn’t win the World Championship Road race in Melbourne. The possible consequences are simply too dire to contemplate and too x-rated to describe.