My follower is sexier than your follower.

The one thousand twitter followers milestone is a nice early marker on the way to greatness and world social media domination.

Now, Andy Schleck has 196,365 followers and his rival Alberto Contador has 281,781 followers. Which makes the Spaniard a winner again even though the roadside fans prefer the Luxembourger. Which is to say, we at Twisted Spoke have a significant deficit to make up.

The most influential blog in the cycling world is probably the most excellent Inner Ring with a startling 7,811 followers. But we are closing in on our friend Whit Yost at Pave who has 1,681 followers. Even a generally non-famous US domestic pro like Lucas Euser tops off at 2,359.

This is just proof that humor in cycling isn’t as deeply appreciated as it should be. Then again, wrong again. Our comedy pal Neil Browne is stacking up the big hay at 7,392 followers. Neil kicks ass. 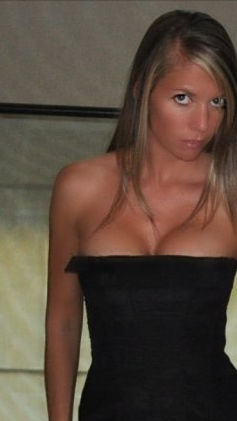 Bike designer and cycling critic Cervelo’s Gerard Vroomen is knocking it out of the park at 7,223. Which we think generally sets a baseline for twitter followers in the global but still small sport of professional bike racing. Inner Ring, Vroomen and Browne are all around 7000.

Still, we at Twisted Spoke feel pretty good because our 1000th follower is Shannon, an impossibly sexy mom and cyclist. We dig her act even without knowing exactly what it is. We’re just giving her the benefit of the doubt based on the photos and her website.

In fact, Shannon and twisted Spoke share several twitter affinities that hint at a very close relationship. If we were on match.com, there is no question, we would be instantly compatible. We both follow Andy Schleck, Ivan Basso, Bradley Wiggins, Zabriskie, Hincapie, Van Garderen, Phinney and yes — Phil Liggett. The slight surprise is we are also both checking in on BMC’s Brent Bookwalter.

There’s no doubt in our mind that like TS, Shannon likes walks on the beach, cries listening to Nick Drake and gets a pumped watching the robot dance remix of Foster The People. Which might be the most astonishing thing we’ve seen this year besides Shannon.