The 2012 Tour of California. A tale of two queens.

Home/Uncategorized/The 2012 Tour of California. A tale of two queens.

The 2012 Tour of California. A tale of two queens.

Double your pleasure or double your pain. The 2012 edition of the Tour of California promises more climbs, more suffering, an extra helping of anaerobic misery.

Maybe it’s just the natural progression as the race gains stature — or maybe they’re a little freaked by the immediate success of the US Pro Cycling Challenge in Colorado — whatever the case, race organizers stuck in the queen stages of the previous two tours of Cali.

Riders will tackle the summit climb up to Big Bear from back in 2010 and then deal with the queen bitch from last year, the straight-up torture of Mount Baldy. That’s the mountain where Radio Shack’s 39 year old Chris Horner cemented his overall win with teammate Levi Leipheimer taking second on the stage and final podium.

Horner is still on blood thinners but has already blessed the new course. “This race is special because it takes place in one of the most beautiful places in the world – California,” said Chris Horner, 2011 Amgen Tour of California Champion. “The host cities are always so welcoming and the crowds are always great, not to mention, they provide some of the toughest racing terrain around. I’m looking forward to racing in California again and defending my title in 2012.”

No Joy in Solvang.

The is sadness in the ersatz Danish village of Solvang as the time trial will not be held there. Instead the chrono moves to the brown and dusty oil town of Bakersfield. An interesting choice but Solvang played chicken with the organizers, trying to force a lower cash commitment. They lost and at least two people — Dave Zabriske and Levi Leipheimer will miss the Solvang course both have posted victories on.

At least Leipheimer will be pleased that the race will return to his hometown of Santa Rosa for the stage one kick-off. Two years ago there was rain and miserable conditions for a race through the vineyards. It wasn’t even worth stopping for a pinto noir and Jelly Belly’s Sean Mazich didn’t make the time cut.

A return to Frisco.

The race also makes a swing back to San Francisco. Two years ago that start was on Ocean Beach but who knows exactly where it will be this year. They finish in down south in Santa Cruz county so the obvious guess is that the climb of Bonny Doon is back. This tour is climb, climb, climb some more. Back in 2010, Zabriskie won his first road stage in the tour of California on the run to Santa Cruz and scored himself a new surf board. 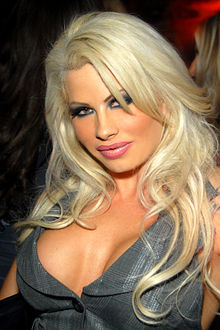 Brooke Haven. A reason to see the Sonora stage.

And finally no snow.

Last year’s first stage in stunning Lake Tahoe was wiped out by a late Spring snowstorm and stage two was forced off the mountain to a lower, dryer elevation. The talk was that the race owed Tahoe another chance but the answer is not right now. No Tahoe on the menu for 2012.

The question becomes, who is coming? Levi Leipheimer will definitely be there with his new Quick Step boys and physiologist Allen Lim getting him ready. Chris Horner is a guaranteed show with the new Radio-Leopard and we’re hoping that Alberto Contador, who has already said no Giro, will find himself in Califronia. Perennial runner-up Andy Schleck might be back unless Johan Bruyneel feels he needs something even more demanding — but what would that be exactly?

The 2012 Tour de Califronia shapes up to be a killer and dying on a bike is the best entertainment.