It’s Italian skull time, deja vu all over again only without the cocaine and hot Asian models. Uhh, so maybe this news isn’t that thrilling after all.

Businessman Roberto Tronconi and an Italian fashion consortium have purchased the brand, the designs and the name rights to jeans from the previous owner Michael Ball. The Rock & Republic jeans boss went bankrupt and his team folded back in 2010. It was messy, funny, crazy — sort of like the whole operation.

“Michael Ball is not dead and has not run away to Mexico,” Tronconi told Cyclingnews. That might not be a good thing but in any case, the Rock is back and the peloton does have a skull shortage.

Tronconi is either a fool or a genius but clearly he sees a huge upside from buying the damaged goods and bad reputation. 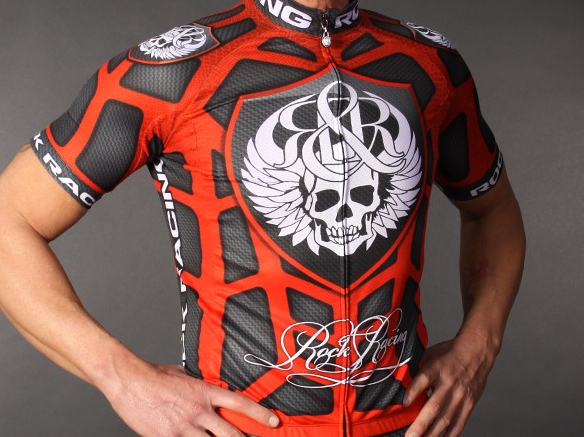 One of the new kits.

“I know he angered a lot of people during his time in the sport but I also think he was a visionary who was perhaps ahead of his time,” said Tronconi.

“Unfortunately his team faltered but we’re very excited about the brand living on as a joint-venture between my fashion company and Michael Ball.

According the the cyclingnews scoop, this isn’t just a half-ass publicity stuff to sell off the last remaining jeans from the warehouse and whatever cycling junk was still laying around.

They plan to sell Rock Racing bikes and clothing in the US and Europe and claims to have plans to sponsor regional teams in the US and Italy. You know a company is serious when they’re even ready to sell booties.

Next thing you know Oscar Seville will sign a contract again and Tyler Hamilton will join as a director sportif. 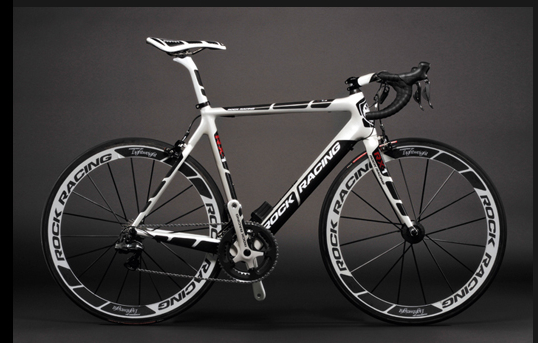