The much maligned Dr. Eufemiano Fuentes, the man behind the Madrid doping clinic frequented by Ivan Basso, Alejandro Valverde and Jan Ullrich, has decided to go from infamous to famous.

According to Hollywood insiders, he has just signed on to play the hero role of English spy Simon Templar in a remake of the classic English TV spy show The Saint. 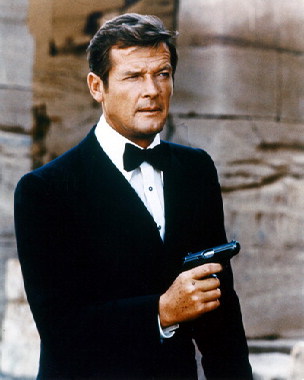 “It’s not something I expected, in fact it is out of the blue but I accepted immediately,’ said the doctor, who is almost as well-known as fellow renegade Dr. Michele Ferrari. “The producers came to me and said I had the perfect look. I protested that I had no acting talents but they insisted they would work with me.”

The creators of The Saint remake were apparently inspired by a single image they’d often seen in all stories concerning Fuentes: an overhead shot of the dark-suited Fuentes, briefcase in hand, leaving his clinic.

“We saw that and said, yeah, that’s him,” said Derrick Devires, executive producer of The Saint Movie, scheduled for release by Fox Pictures sometime in late 2012. “He has that style, like a young Rodger Moore, that devil-may-care look, stylish but mysterious. We had to have him.”

Fuentes. The next Moore?

Fuentes’ notoriety was not an issue for the creators of the show. “Bike racing is a niche sport so really, nobody in our audience knows or cares about what happened. We’re casting Fuentes, not his past history,” said Devires.

Since the Operacion Puerto scandal blew up in the world of pro cycling in May of 2006, Fuentes has managed to stay a few steps ahead of the law, running a clinic in the Canary Islands. Now, it seems he is headed for a much higher profile role.

“Yes, it’s a big change but that is life, isn’t it? I have had many months of depression over some of the outrageous and untrue things people have said about me, but this is a chance to erase everything, to discover a new Fuentes.” 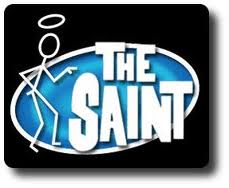 Fuentes the Saint after all?

In taking up the role of cold war spy and master of disguise Simon Templar, Fuentes is in a sense reprising a familiar character.

“There are elements that I connect with, the feeling of being watched but also this sense that I am above them all, clever and resourceful. If I could have chosen a character, anyone in the world, it would have been Simon,” said Fuentes.

In fact, Fuentes will be wearing the exact black suit that producers first saw him wearing in that fateful photo.

For Fuentes the new changes are striking and yet he finds a certain comfort in the surprising similarities. “In a sense, I have always been about enhancing performance, doing whatever is necessary to be at one’s best. Now, I am simply stepping onto that stage myself. It is an exciting time.”

The Doctor is certainly aware that public perceptions of him are open to reinterpetation. “Perhaps I am not a Saint and yet I am about to prove that I am,” said Fuentes. “Perhaps I am a good man, after all.”