The French love panache — after all, they invented the word. The definition is someone, in this case a bike racer in Paris-Nice, who has a “dashing confidence of style, or shows a certain flamboyance and courage.”

That would be French national champion Thomas Voeckler (Europcar) who won in the 124km stage in Nice despite the rain and cold weather, the fabrication that is the Race to the Sun.

“I felt the bad weather was exhilarating”, the French champion said. “It pushed me to take some risks. I don’t like to take risks at every race I do, but when there is the possibility of a win around the corner, it’s worth it.”

The win had panache written all over it — and steady nerves– because plenty of top riders played it safe and conservative. Even a piranha like Alexander Vinokourov of Astana decided conditions merited taking it easy.

“I didn’t want to take any risks. I still had the images of Saturday’s stage in my mind, when I was close to a fall in a ravine. It’s better to be reasonable sometimes,” said the Kazakh. 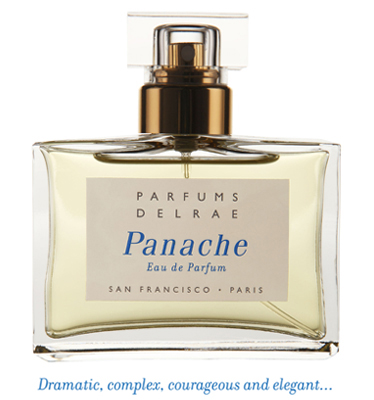 Andreas Kloden and Bradley Wiggins, second and third overall, also took the safe way around Nice and didn’t bother Tony Martin all day. A strategy the German rider was quick to note: “They didn’t want to take unnecessary risks. Had they crashed in the descent, their second or third place would have been gone,” said Martin.

All told, just 89 riders finished the last stage of Paris-Nice and they were damn glad it was over. Staying upright and out of harms way were the only goals for the day.

They were probably thinking about what Robert Kiserlovski said after his spectacular crash the day before. “This was not a good experience. I’ve never been in such a situation before. I had such a fright that I didn’t remember where I was. After half an hour, I remembered that I was somewhere in France,” said the Astana rider.

Panache, however,  goes a long way. It’s a Moroccan reggae band, a talent agency, new age evangelist, a perfume and a lingerie collection. We’re assuming Voeckler did use the perfume.

All faded except for the Voeckler who solo’d in 23 seconds ahead of Ulissi with El Fares crossing six seconds later. Panache is a beautiful thing. “I thought I was too old for racing this way but this is the kind of bike racer I am, said Voeckler. “For a long time I’ve felt bitter about missing the opportunity to get my first ever stage win at Paris-Nice but not now.”

Chapeau Voeckler — a waterproof one.