A small section of Hell. ﻿Haveluy, pave #17,  2500m of bone breaking, rim-snapping pain. The appetizer for the next stone torture, coming next, Roubaix’s infamous Trouee d’Arenberg.

Haveluy was on the menu in the Tour de France last tear on stage four. It was supposed to be the day Lance Armstrong beat up on the skinny and fearful Alberto Contador. Never happened. Yet another reminder that anything can happen on the stones. 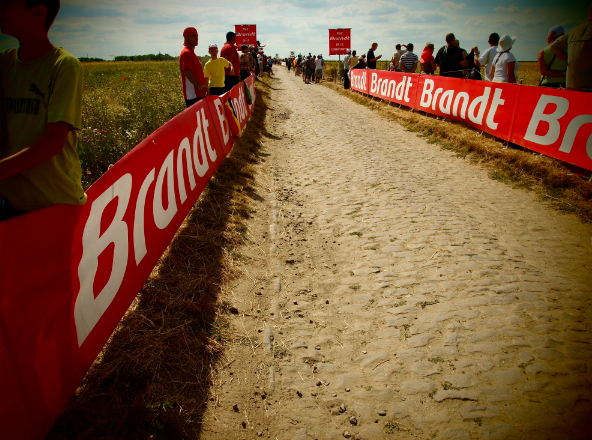 These photons are from our Twisted day at Huveluy, one of our favorites of the entire tour. The day we dropped our laptop on the street while racing to find our ride out to Haveluy with Edward Pickering and Lionel Birnie of Cyclesport magazine. The day we hitch-hiked for 12 kilometers, got a ride from a Cofidis mechanic but walked most of it to get to the finish area.

We remember arriving in the small town and then basically walking out to a field, and a narrow straight stretch of god-awful, beat-up cobblestones. We took some photos as the crowds began to fill in the narrow two foot standing area between the road and the fields. No margin for error when the riders and worse, the team cars come barreling though. 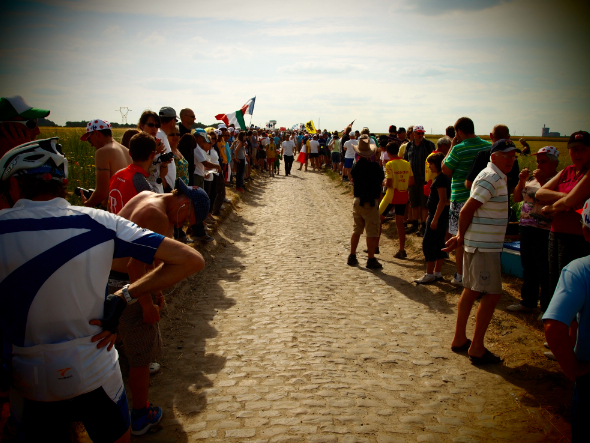 Then a quick beer in a small crowded bar, everything watching the race on crappy tv mounted high in the corner. When the racers drew near, we made a fast exit to return to the cobblestones.

It was an epic experience as the riders came through, bikes rattling, kicking up the clouds of dust as the fans screamed. Someday soon we hope to be at Roubaix at Arenberg or the Carrefour de l’Arbre but for now we’ll pay extra close attention this Sunday when the racers hit Huveluy. 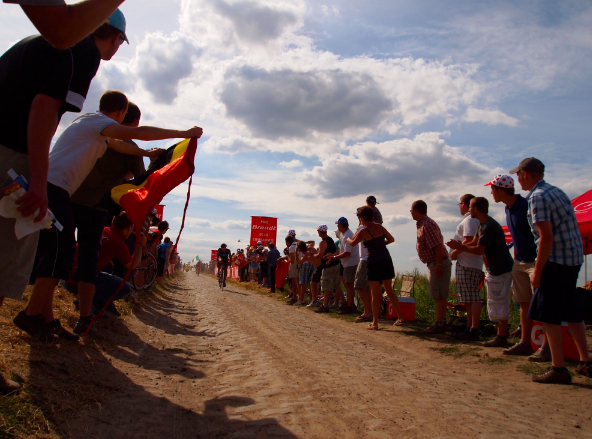 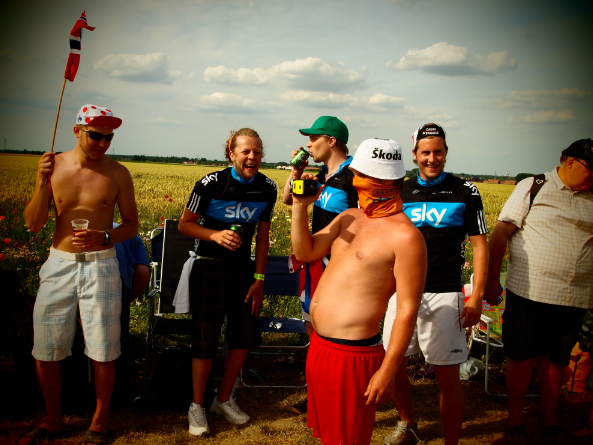 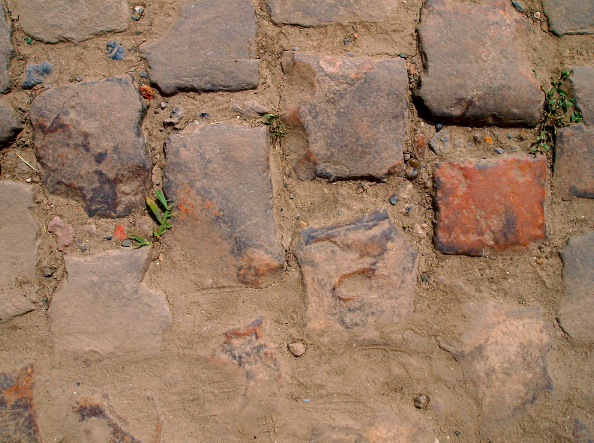 A bit of history and difficulty. 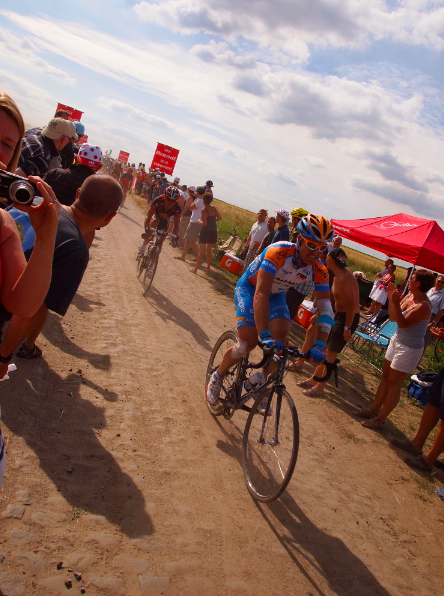 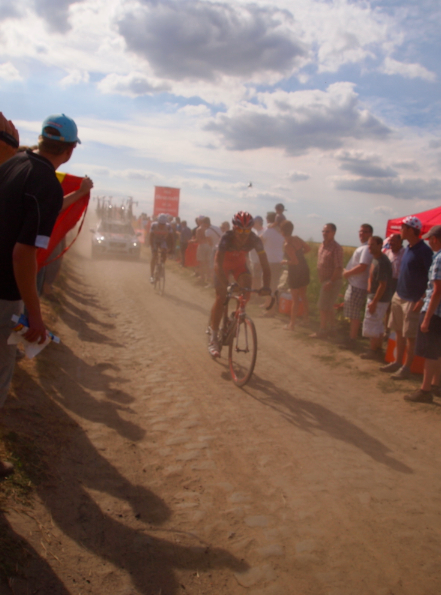 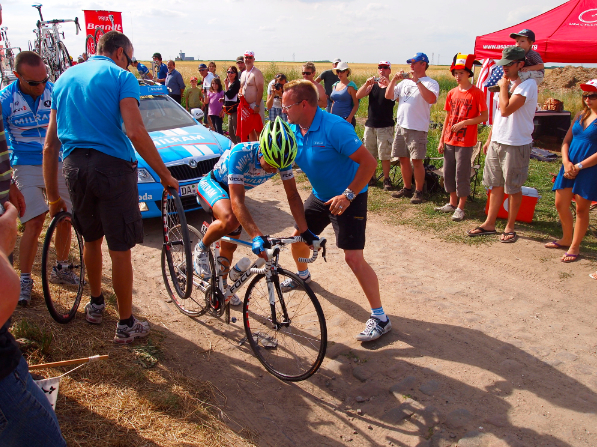 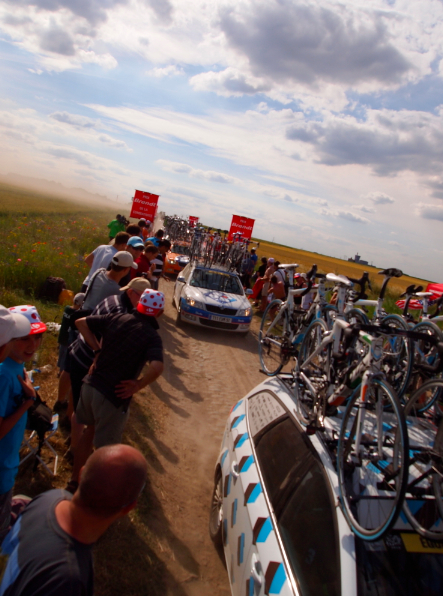