I am not afraid of the Dark.

It was a dark day in the Vuelta. Specifically a 13 kilometer time trial run under the lights.

We should say it was the Twilight Vuelta, the Vuelta after Dark, El Midnight Madness in the streets of Seville.

Handling the dark shadows at 50kph, the HTC-Columbia squad came home in first place with a time of 14:06. The Leaky Gas boys finished 10 seconds slower to take second, with Saxo Bank third at 12 seconds.

This is just proof that those Viper night-vision googles the soldiers use in Iraq come in real handy for these kinds of events — although it’s hard to get them to fit right over the aero helmets. The HTC-Columbia win put sprinter Mark Cavendish in the red jersey. The podium girls had a little trouble finding him in the dark but eventually they did.

“The team time trial is my favorite discipline because the whole team gets rewarded, it’s special that way, and at the same time you need to get it one hundred percent right for it to work. I get to stand on the podium quite a lot, but that’s because of eight other guys’ hard work. Today we all got to stand on the podium and I’m incredibly proud of what my teammates did,” said Cavendish. 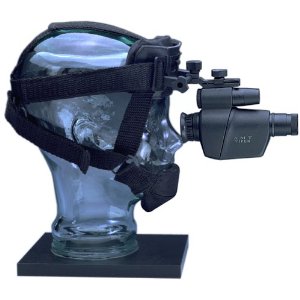 The big news was that both Garmin-Transitions and Team Sky both finished out of the top five.

We’re assuming the Garmin guys were distracted by all this merger talk and you can bet crash test dummy Christian Vande Velde had no intention of hitting the pavement in the dark on day one of the Vuelta.

He was probably yelling for the guys to slow down at every corner — and who could blame him?

Julian Dean had already crashed into a wall in the warm-up and that puts a damper on going full gas when riding half blind. As Vande Velde said via twitter, “Ouch. Kinda fun, kinda terrifying. Lost Julian on the warm up to a “dark sidewalk.” Bad crash and put some fear in the team.”

Team Sky on the other hand made a tactical decision to wait for Geraint Thomas who got lost in the dark somewhere. Those black Sky jerseys must have been particularly easy to spot late at night. 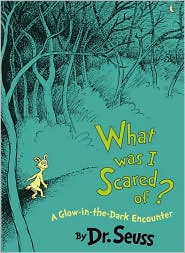 No fear of dark for Cavendish and company.

Rumors that the Radio Shack team had slipped into Seville under cover of darkness and posted the fastest time were later disproved. Manager Johan Bruyneel is still mad about missing the Vuelta but he’s keeping his mouth shut.

The Vuelta likes to try crazy stuff like late night team time trials. Maybe they should have used fluorescent paint to mark the course. Or issued miner’s headlamps or given everyone in the crowd flashlights. That would have been fun, huh?

Mark Cavendish drank the champagne — or cava as the Spanish call it — but he got out nine glasses. “This is the first stage of my first Vuelta and I already have the red jersey but I only represent 10% of the win and each of my team-mate deserve to wear the jersey as well. For me, to wear the jersey doesn’t change anything for stage 2 on Sunday because it should be a bunch sprint and we would have controlled the race anyway. It doesn’t take me away from my real goal here, which is to win stages.”

Tomorrow’s 173.7km stage from Alcalá de Guadaíra to Marbella will be run during the day when the sun is out and visibility is good. No night-vision goggles required.