On the run-in to Morro Bay on stage 4 of the Tour of California, everything went wrong for EF-Education First’s Tejay van Garderen.

With about 8 kilometers to go, he crashed hard at the back of the peloton, his bike ending up about 20 feet away from him. He got up, his hip and shoulder hurting, and gingerly walked to his machine.

The bike was a mess and he took a bike from teammate Lachlan Morton. Then began a desperate chase for the man in the leaders jersey as the race speeds ramped up to full gas for all the sprinters.

Ef-Education dropped back several riders to try and pull him back to the main group so he could finishing the the same time and keep the jersey and his hope of winning the race for a second time.

Then disaster struck again, he was making headway when he suddenly served off course and he tried to make a fast right hander. It was as if the brakes on Morton’s bike no longer functioned. And in fact, it was later revealed that Morton sets his brakes up differently than Van Garderen.

At that point, EF-Education First pulled four riders back to again remount the chase. It was to no avail as he finished 50 seconds back on GC and fell to 13th on GC.

I happened to be at the EF-Education First bus when Tejay came out to meet his wife Jessica Phillips, a former bike racer herself. The photos that follow are in sequence and capture the shock, disappointment and resignation as Van Garderen explains to her what happened. 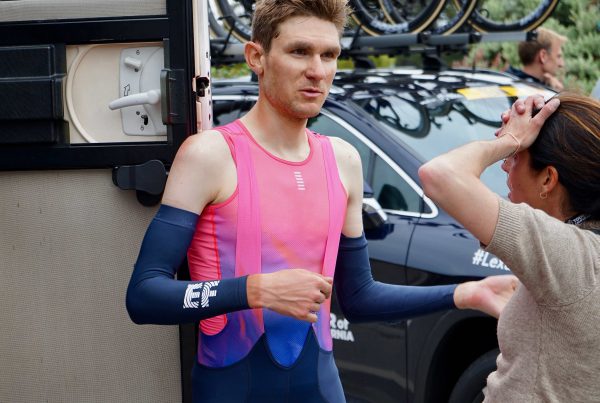 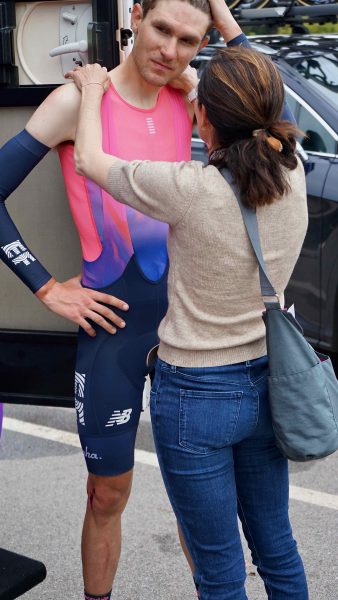 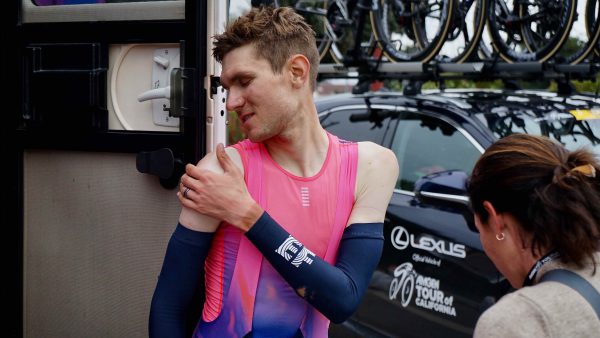 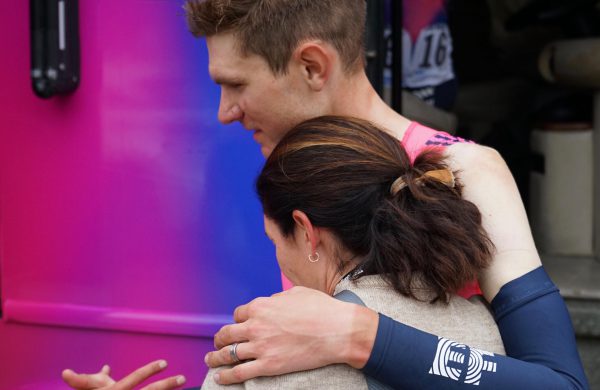 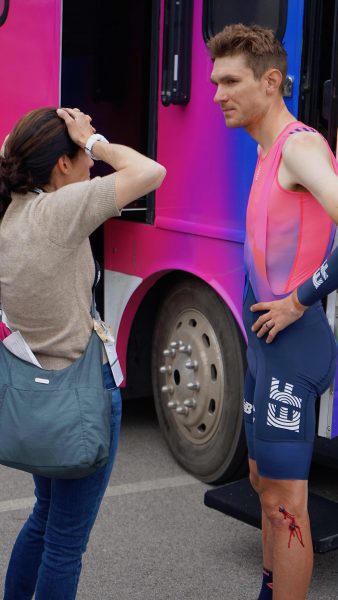 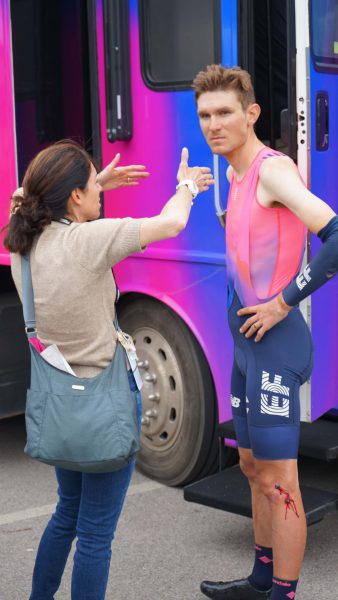 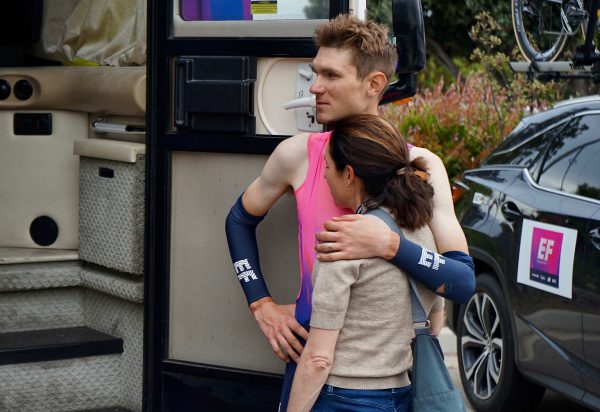