With all the money, politics and huge egos involved, with two-time Tour de France winner Alberto Contador’s future hanging in the balance, the fundamental reason why the UCI didn’t approve Astana’s license renewal came down to one thing. The UCI decided the people in charge at Astana were bozos.

The definition of bozo in Astana’s case is a team that clearly can’t get their act together when it matters most. Clueless, disorganized, unprofessional and foolish. This team has the world’s best stage racer under contract for another year yet just gave him the legal clearance to pack his suitcases and blow doors.

This is a global sport, that travels the entire world, but they’re saying they let Contador walk because the UCI headquarters in Switzerland is too far away? That the 4 or 5 hour time difference is too complicated to figure out? 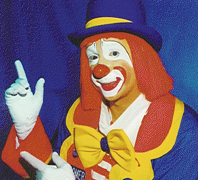 I'm not good with paperwork.

Imagine any professional team in any sport making an excuse like that for losing their best player. Sorry, we lost Derek Jeter because it was raining too hard outside to file the paperwork. We just could not find our umbrellas. Sorry, we lost Adrian Peterson because he was vacationing in Hawaii and it was such a long plane ride from Minneapolis.

Sorry, we lost Kobe Bryant because his agents’ phone number was in the pocket of the pants we just washed. And we don’t remember how to use the phone book. What do you say to excuses like that?

If you’re sitting in the UCI boardroom having to wade thu reams of documentation for a dozen teams, that kind of irresponsible behavior ticks you off. You make a mental note — the same note you’ve already made a dozen times: bozos. These people do not deserve a ProTour team.

Here’s an organization (term used loosely) that wrote the book on how to annoy the UCI and wear out the welcome no matter how much kazak oil money they claim to have. Things like not paying riders for months last year, consistently late, sloppy paperwork, pushing doping offender Alexander Vinokourov as a potential team manager, haphazard team organization and hiring a director who hasn’t run a team at this level in 10 years. This is not what they call in business “checking off the right boxes.” 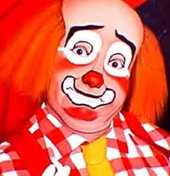 Time zones are so complicated.

Former manager Johan Bruyneel, arguably the best in the business, made no bones about what he though of Astana management. He claimed that were meddlers, disrespectful and ungrateful for his success in making the team number one in the world.

He sure didn’t appreciate having to publicly beg for rider salaries during the Giro. All things the UCI writes in the black book with the red pen. All under the heading, bozo.

To quote the lead of the Velonews story, “the managers of the Astana team said Friday that they will work tirelessly to keep Alberto Contador on the Kazak-financed team.” Tirelessly? They can start with figuring out that insurmountable time difference (hint: wear two watches) and then determining how to get on a plane in Astana that lands in Switzerland. (Is there no Travelosity web site in Kazakhstan? Is the former soviet republic still suffering from a chronic lack of travel agents?) 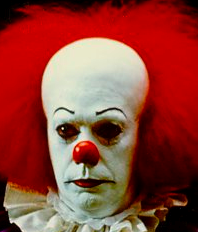 The UCI makes me mad.

Astana may yet gain approval by meeting the final November 20th deadline. Massive sums of money deposited in a UCI-approved Swiss bank go a long way to removing the bozo label.

But we’re guessing that Alberto Contador will be gone by then. The three ring circus is over, balloons are popped, the clown make-up is off and there are some long, sad faces in the capital city of Kazakhstan.