Troubles continue for Schleck and Lil’ Kim in Sierra Nevada.

Home/Uncategorized/Troubles continue for Schleck and Lil’ Kim in Sierra Nevada.

Troubles continue for Schleck and Lil’ Kim in Sierra Nevada.

Can she save Andy Schleck's Tour preparations?

Like the majority of Andy Schleck’s season so far, things have not gone according to plan. That goes double for his new motivational coach female rapper Lil’ Kim.

The performer of such stand out songs as “Shake Your Bum Bum,” “How Many Licks” and “Shut Up Bitch” is apparently frustrated with Schleck and his efforts to prepare for the 2012 Tour de France.

According to personal at the Hotel Montesol Arttyco where Schleck and Lil’ Kim are staying, the rapper threw furniture out of the window of the talented climber’s room.

“She is crazy, out of control, we have never had a guest like this,” said Alvaro Conjones, the hotel manager. “She has been asked to leave.”

Frustrated by her inability to push Schleck to train harder in the mountains, Lil’ Kim spoke to the media after checking out of the hotel. 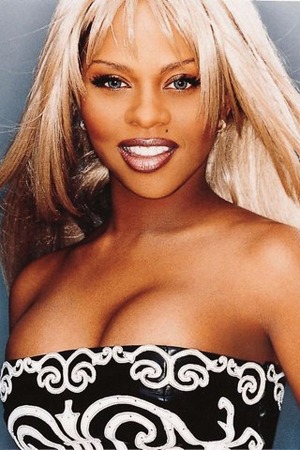 “That boy got to get his head on straight,” said Lil’ Kim. “They must not have ghettos in Luxembourg, he ain’t never met no gang bangers. I told him, wake up, this is the Tour de France, you gotta kill people.”

Schleck’s build up for La Grande Boucle has been hampered by illness, bad luck and a lack of results. After a disappointing performance in Liege-Bastogne-Liege, Schleck admitted he was “behind schedule.”

Schleck and team manager Johan Bruyneel engaged in a public battle over the Tour participation of Schleck’s long time mentor, Kim Andersen. Finally, a compromise was reached by bringing in Lil’ Kim.

However, the relationship has been rocky from the beginning. There have been reports of shouting matches, physical abuse and dramatic behavior — including Lil’ Kim setting fire to Schleck’s hotel bed.

Now, however, the novel experiment appears to have failed. This morning, Lil’ Kim drove her Bentley to the top of the Alto de Sierra Nevada to tell Schleck she was terminating her participation.

According to a passing goat herder at the summit, Schleck asked Lil’ Kim to stay but she refused and drove away. What happened next surprised even the support staff at RadioShack Nissan Trek.

Never known as a confident descender, Schleck chased Lil’ Kim down the mountain on his bike, hitting speeds of 70kph. It is not known whether he caught up to the diminutive rapper famous for tracks like “Kitty Box” and “Get Yours.”

Director Sportif Dirk Demol admitted he isn’t sure what the status of Lil’ Kim and Schleck after this latest incident. “It’s true that things have not gone smoothly. Still, her methods are unorthodox so we expected some ups and downs,” said Demol. “I think Andy is intrigued. We will see what happens next.”