I was perhaps blind.

Until I saw the cobbles up close for yesterdays’ epic stage three from Wanze to Arenberg Port Du Hainaut, I didn’t understand the stones. Without much thought, I looked at the battered cobblestone roads as Belgium and Northern France’s little twist on road racing. Cool, different, painful and crazy but I never took the step back. Bike racing is forward motion at the highest speeds humanly possible. Not even the lanterne rouge looks back.

However when I spent the afternoon at Haveluy and looked thru the camera in black and white and sepia, I came to a deeper understanding. What I was watching was not a rocky road race but a race back to a world only our grandparents would remember.

Read the coffee table books written about Paris Roubaix or Flanders and those Dutch writers will give you 10,000 words about that kind of poetry. They understand the HG Wells effect. So do the people of the region who volunteer each year to care for the cobblestones, to guard them from the ravages of the future, from of our questionable obsession with new.

Look at these photos I took from yesterday and what you see is yesteryear. The stark silhouettes, the timeless geography, the unchanging body language, the hard suffering of farmers, miners and bike. riders. We’re taken back to a time and a place we rarely see in sports.

The mountain roads in the Alps and Pyrenees are now all paved so nobody is going to relive Coppi climbing up the dirt roads. There’s no way to turn back that clock. But here in Northern France the olds ways live right under your feet.

Note: For all the cool pics I got from the last few stages, check out the TS Flickr gallery right, about, here. 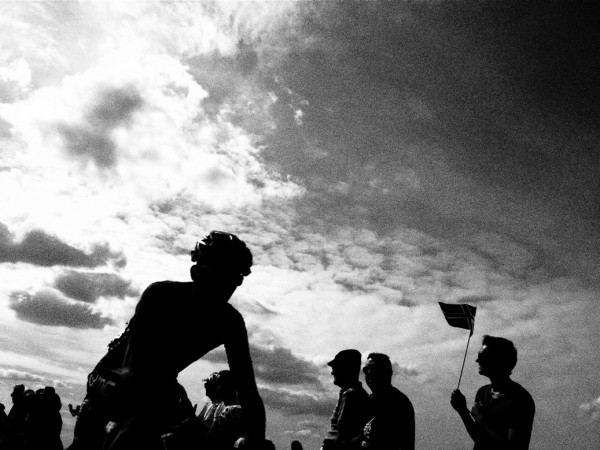 Turn the pedals, Turn the clock back. 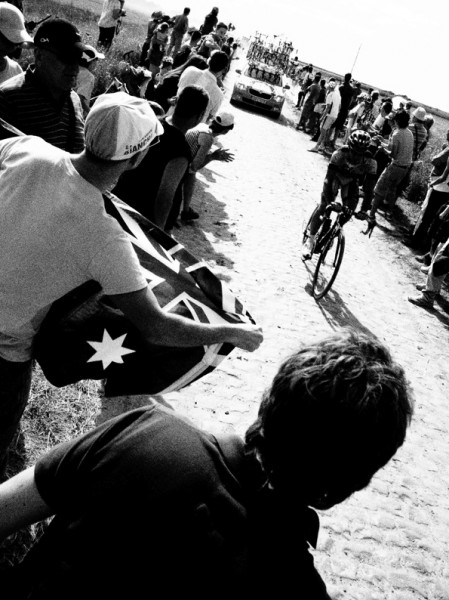 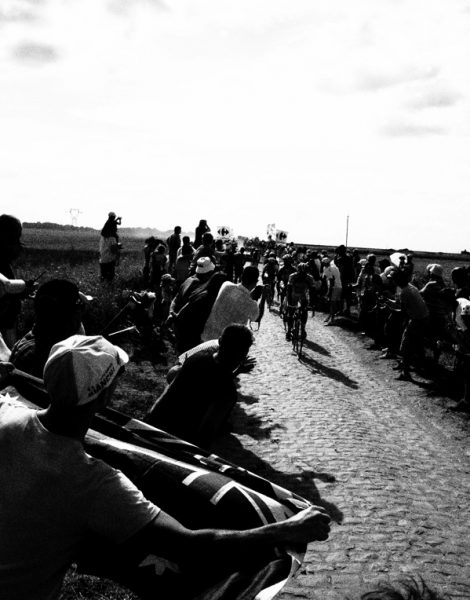 Rider up, time back. 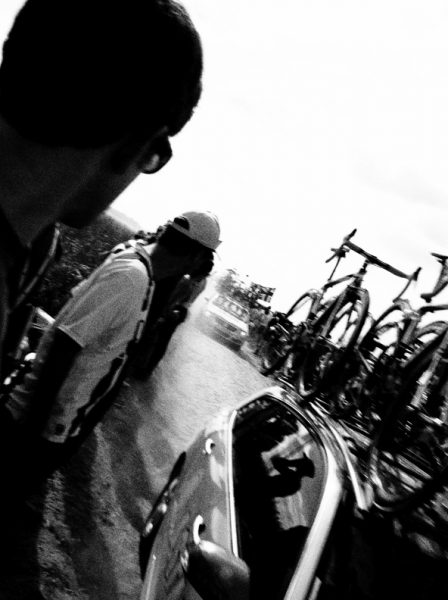 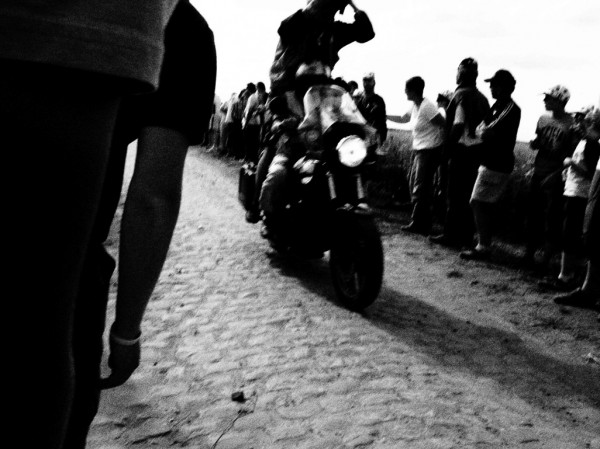