(Note: This is our third installment of Dutch Treats in celebration of the fast approaching race season in Belgium.)

The responsibility for the current Dutch Bike craze falls squarely on the Dutch. The wonderful irony is, the entire cycling universe is in ecstasy but not the Dutch. Not their style to get worked up about utilitarian, functional commuter bikes they’ve been riding for decades. Way of life meets marketing fad. 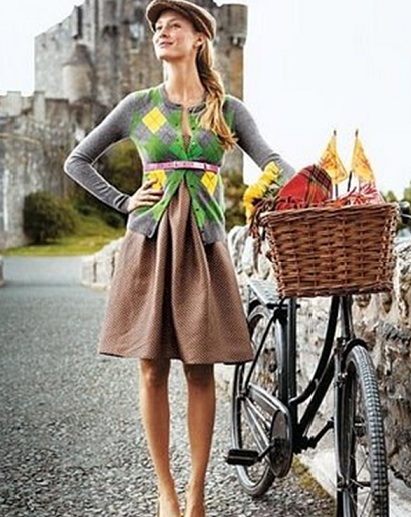 Trendsetters who never work up a sweat in vigorous activity of any sort speak in glowing terms of the Dutch bike as part of the “new art of living.”

But fads, as any marketing pro will tell you, get pretty pricey. The designer coffee addiction gave us the $1000 espresso machine. People are shelling out two or three grand for an imported “Dutch Style Bike.” The same dollars will get you titanium race bike instead of the black clunker that hasn’t undergone much technological advancement since World War II.

No less than the New York Times did a photo spread on the new commuter fashion styles inspired by the Belgian housewife running to town for milk and bread. The Times went so far as to call it the current “it object”. This occasioned laughter in the blog forums around the world. Critics point to the difference between true “bike culture” and the trendy bike subculture in the states.

Yes, the Dutch bike has hit the big time. You can buy a Dutch bike from a least a dozen companies that specialize in the basic black, non-nonsense beast. Even fashion designers are putting their personal stamp on Dutch cruisers and style powerhouse Fendi does a fashion forward version which you can ride to pick up your Vogue magazine. 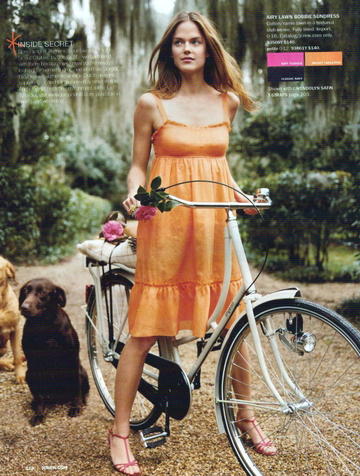 Hip clothing chain Urban Outfitters does their own single speed twist in a rainbow palette. Not to be outdone, J Crew shows off the Dutch bike with the sweaters, chinos and suede boots. Even monkey boy Paul Frank sells his take on Dutch-inspired two wheeled locomotion.

All owe their existence to the clunky, black, heavy-as-a-tank, Dutch bike. The upright riding position, the enclosed chain guard, the wrap around handlebars, the basket and fenders and racks. Pure inspiration. Yet something does tend to get lost in translation. It’s the difference between trusted tool requiring no poetry or justification and the designer accessory packaged as clever and envious lifestyle choice.

The Dutch Bike craze isn’t riding off into the sunset anytime soon. In part because everyone is bored with the aluminum Trek and Specialized mountain bikes on the roof rack of the SUV. Here in Norcal, people want to regale you with their $50 pinot and then slide you out to the garage to show off their pristine Dutch cruiser.

Google the blogs and you’ll find much amusing talk about “spokes” models for commuter bikes from starlets like Naomi Watts and Chloë Sevigny and actress Famke Janssen.  They’re going Dutch baby, at least for the photo-op and the sound bite about the ethereal beauty of the Belgian steel mammoth and you know, saving the planet. And those svelte babes love carbo-loading with Belgian frites. 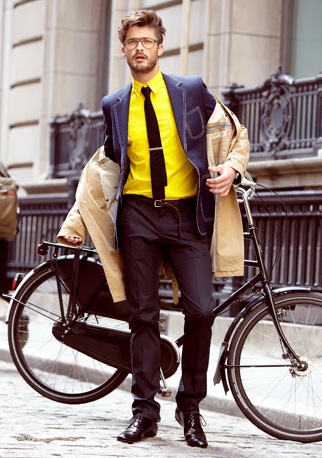 At Dutchbikes.com they will sell you a classic Gazelle but if the Belgian slice of commuter heaven doesn’t move you, they also sell Danish bikes. MyDutchBike in San Francisco will set you up with a Dutch ride so your latte run matches your conceptual package.

Famed Dutch bike manufacturer Batavus is now surrounded by an aura of profound hipness that no doubt surprises the company. Always on the lookout the the next trend, Slate magazine devotes several thousand words to their Belgian test rides.

Somehow, the Dutch Bike traveled to that final destination. Its climbed up to into the beautiful philosophical realm of Aristotelian nobility. The perfect object. A common- man fusion of basic transport and high art.

Twisted Spoke is thinking about crazy artist and brilliant self marketer Marcel Duchamp. The wacky Frenchman stuck a bicycle wheel and fork on a stool, placed it in a museum and called it “readymade art.”