Last year, on my first Tour, I heard alot about alarming things from people about the Basque fans. They were crazy, drunk out of their minds, throwing rocks at journalist’s cars, threatening riots, hooligans, idiots, obnoxious and boorish.

That’s quite a set of tags and I’ve found that in my experience so far, all wrong. I now make a point in the Pyrenees to find the groups of fans on the big climbs. They’re come to have fun, they’re having a fabulous time and I like the contact high.

Yesterday on Luz Ardiden I meet a bunch of young Basque fans. Yeah, they were boisterous that they were fully tapped into the experience. They cheer for all the riders, not just the home team Euskatel Euskadi. Sadly I don’t speak Spanish and the strange Basque language is hopeless for me.

But I found two guys that spoke broken English and one with French as rough as mine as we got along just fine. My handed me a large cup of what they call Kalimotxo — and what I would call the homemade Basque version of Red Bull — red wine mixed with coke. It wasn’t as good as my half bottle of French red but that was gone.

I asked them about the passion Basques have for cycling. That’s for a post and a Cyclesport article to come, but for now, check out these pictures. I’d headed to the Col d’Aubisque today and I will be looking for those orange t-shirts.

These are come of the photos I took of the Basque fans on Luz Arididan. 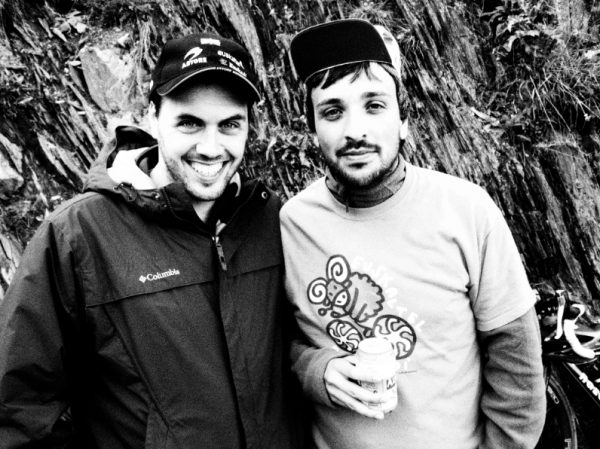 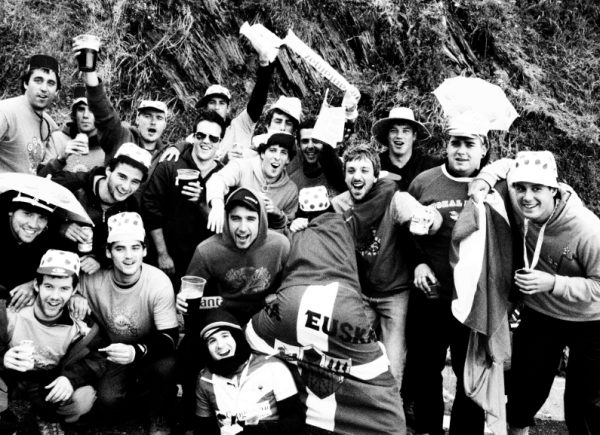 The group. Note the guy in the middle who arrived late. 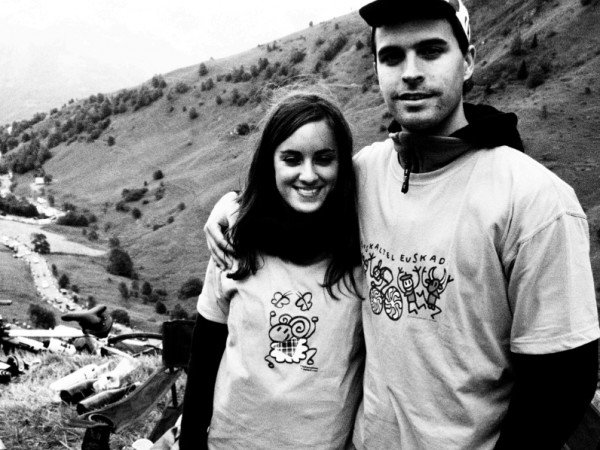 Luz Ardiden. Such a romantic spot. 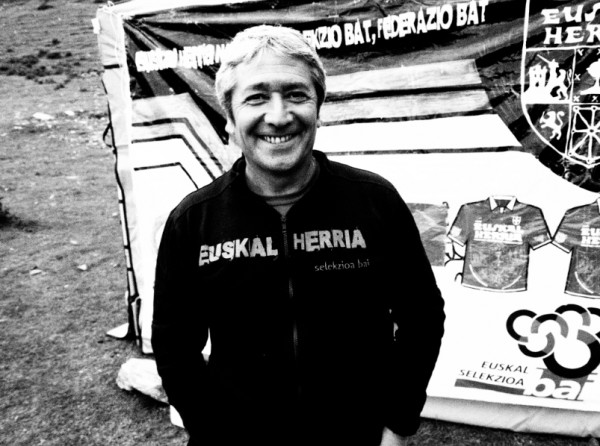 Pepe told me all about the Basque sporting culture.