Must have been a misquote, bad google translation, slip of somebody’s tongue.

Riccardo Ricco, the man who keeps rotten blood in his fridge, says he wants back into professional cycling because he’s not really guilty of anything.

“They only told me I had a virus,” is what the Cobra said the doctors told him. That’s not the way Twisted Spoke heard it. More like “you are a virus.” 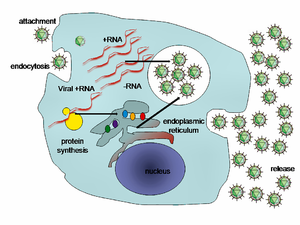 Riccardo Ricco is an infectious agent, a disease bearing organism, A virus on two wheels. The Latin root virus referring to poison and other noxious substances.

Noxious is an apt word for the Italian caught using EPO Cera in the 2008 Tour de France. Ironic that the original indictment was for “use of poisonous substances.”

Twenty months later he came back with a new team, Vacansoleil and an old habit. In early February, 2011 Ricco was rushed to a hospital in critical condition after what was diagnosed as kidney failure, allegedly due to a self-administered blood transfusion.

But the virus — Ricco’s new nickname? — is alive and well and hoping to pin on a number.  “I still feel like a rider and I want to race again,” he told the ItalianANSA news agency. “I’ve got nothing to hide. I’m looking for a team that will allow me to carry out my profession again.”

We liked the bartender idea better. Riccardo Ricco did not have a virus. He is a virus. Now, where’s that vaccine?