First, cycling fans have already raised close to $50,000 to help the unemployed Kimmage fight the UCI’s vindictive lawsuit over his charges the governing body turned a blind eye to doping. The former writer for the Sunday Times has been stunned and humbled by the outpouring of support.

Now, it seems he is also about to get his own signature bike. According to the Evening Herald, Irish bicycle company Raleigh plans to launch a Kimmage road bike for the Spring of 2013.

Dubbed the “Rough Rider” and sporting Kimmage’s own signature on the top tube, the bike will be a long haul machine designed for all day touring and adventure. “Obviously, there’s a market here, the outpouring of support for Paul has been fantastic,” said Raleigh product manager Nigel Fakely. “We’re excited to work with Kimmage and see where this new road leads.” 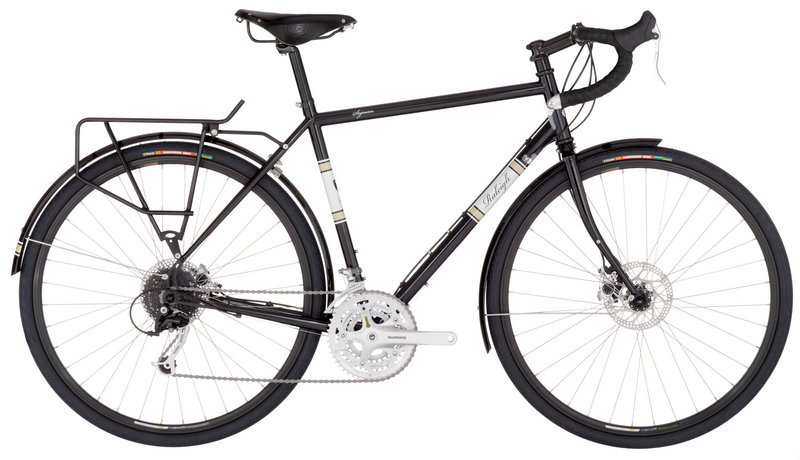 The Raleigh Rough Rider will feature a relax touring geometry, Shimano drive train and Brooks leather saddle. The bike is believed to be based on the current Sojourn model with modifications. The initial press release pitches the bike to “all those unafraid of the road less traveled, who are never intimidated by the hard climb, nasty headwind or groundless lawsuit. The Rough Rider proudly sports an ‘unapproved by UCI’ badge.”

Prices for the Kimmage-inspired bike have not yet been set but 7% of all sales will be donated to anti-doping efforts in professional cycling. With a court date set for December 12th in Vevey, Switzerland, Raleigh has rushed development so production model Rough Riders are available for Kimmage and his legal team to ride to his trial.

“Paul wants to do it, I mean how cool would that be, showing up with $50,000 grand in your pocket and your legal team on Kimmage bikes?” said Fakely. “McQuaid would shit his pants.”