Only God has this much ink. 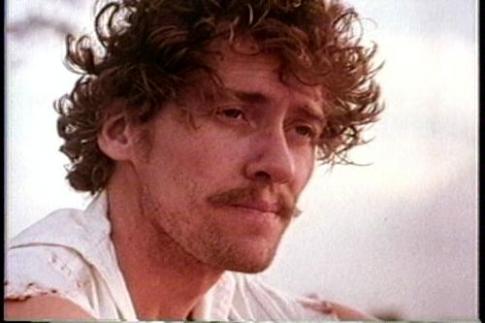 When we saw Liquigas’s Pozzato naked from the waist up with his massive script tattoo that reads “Only God can judge me” we were forced to make an immediate call.

Was Master P a promotional bozo desperate for attention or an amusing renegade, an outsized, unique personality in the generally faceless peloton of working grunts.

Pozzato, who’s just started a rider blog at cyclingnews, has gained entry to the inter sanctum of TS luminaries. I mean, the damn tattoo covers his entire back, we give him props just on tattoo square footage. The King of the mountains is also the king of ink.

Left - Right, Top - Bottom, all Latin: "While I breathe, I hope, Don't let the bastards get you down, To the stars, through adversity, I will find a way or I will make one, Forbidden and Hate the living, love the dead. Nice.

We were on the fence about Pozzato after his oddly shameless burlesque strip show at Miss Cycling 2009. One of those events brilliant Italian men invent so they can see more young women nearly naked. Chapeau, Italian dudes.

We applaud those old school euro ways: Men ride bikes, attractive young women take off their clothes, old woman cook and clean and children shut up. Thus Italian history rolls on, happy and we look on from afar, envious.

But Pozzato’s creative ink job got us thinking and this being prime time for the Tour of Oman, let’s take tats down to the Middle East. Drunk cyclists and sailors do silly things in the desert. More than one rider is sure to leave the capital city of Muscat with a super cool inked phrase in Arabic.

Twisted Spoke is happy to offer up a few examples for inspiration. Garmin’s sprinter Tyler Farrar is already covered (pun) with his buddhist tattoos but everyone else has plenty of open real estate. 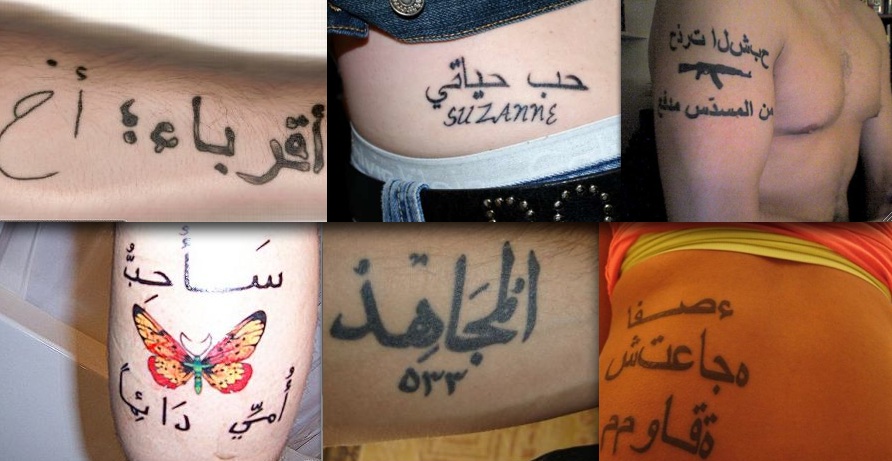 Left - Right, Top - Bottom, Arabic: Holy Warrior, Forever my love, Beware the spectre of the gun, I will love my mother, sadly lost file and finally, Serenity, Strength and Courage.

Filippo Pozzato’s backside is also taken but Evald Boasson Hagen, you need to get cannibaled up, brother. Those Cervelo boys laughed when you took your baby bladder nature break. Time to serve notice and go under the needle. They can do it right in the fancy rolling Sky disco if you want, by the massage table.

Nobody is gonna mess with you in the classics if they see that bad-ass Arabic tattoo on your upper arm. The one that says “Boonen’s a fairy.” or “Allah says Cervelo sucks” Yeah, ink that, shy Norwegian boy wonder.