Taylor Phinney (BMC) is too young and talented to pay attention to odds.

Then again, this is a thrilling, unpredictable Tour of California and Phinney went big and bold and stole a stage that began on the pier in Pismo Beach and finished on the beachfront in Santa Barbara.

The rest of the peloton is in shock or they’re inspired and emboldened and thinking crazy thoughts that breakaways suddenly, wildly succeed and they’re up next.

For the second day in a row on another sprint stage made for Peter Sagan, Mark Cavendish and John Degenkold, they miscalculated the effort required to bring Phinney back. 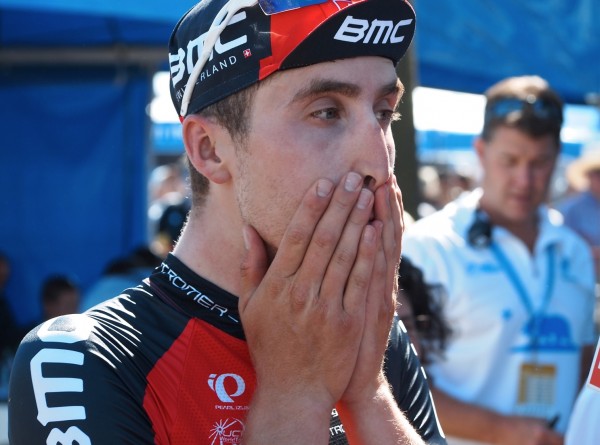 He can’t believe it.

The shock was in the repeat.

Sure enough, Cannondale shut that door and order was restored — “Let’s all head to Santa Barbara and fight this out like the speedy men we are. We’re not having a crazy situation again where a skinny climber named Will Routley from Canada wins like yesterday.” One time is embarrassing, two times rewrites the laws of nature

Only then, it happens again. Taylor Phinney hears a voice in his head — maybe it was Routley — and decides to bomb the descent with 20 miles to go. A fool’s move, a TV escape for the cameras, a little BMC show-the-jersey routine. 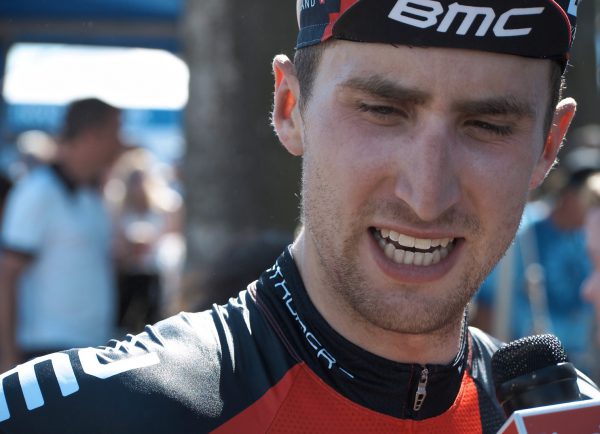 Thing is, Phinney is not joking.

“Sometimes you just have a voice inside that says go. I know I can go downhill faster than everyone else, mainly because I weigh more than everyone else,” said Phinney. “Something inside me said to go for it. I got to the bottom with a gap and said, ‘well, I’m committed now.’

He rocketed down the road and the gap went from 15 to 20 seconds, then 25 to 30 seconds. Behind him, it was shit hitting fans and nobody waving those oversize $25 Sagan head posters.

Instead, despite the physical agony, Phinney was getting the lucky numbers he needed. “I kept getting splits from the moto and it was looking good. The more I went the more painful it got, but I knew it would be worth it if I made it. It’s the best way to win, like that.”

Backstage I asked Phinney how he’d get back into the good graces of Cavendish, Sagan and Degenkolb after stealing their stage victory. He replied with typical, laid-back humor: “I’m friends with everybody so they’re happy when I win. Besides they win a lot more than I do.”