Take it off, take it all off, get on your bike.

Twisted Spoke is speechless. What can be said about the male strip-a-thon and subsequent bikini contest to crown Miss Cycling 2009 but, yeah, nicely done, where was our goddamn invite?

Why are we here in Fairfax, California when for the mere price of an airline ticket and some basic bribery we could have been ring side for this show? Five professional cyclists stripping to their undies and shaking it to music. Who does that kind of camp burlesque anymore? Then an unspecified number of super Italiano babes physically undulating in an effort to win the coveted and never-before-heard-of Miss Cycling 2009. Cheated again.

This is probably like missing the last Beatles concert on the rooftop in New York or seeing The Who on the last show before Keith Moon kicked the bucket or Michael Jordan’s final game or you name it — Woodstock, Sir Laurence Oliver playing Hamlet, Britney Spears reading Sylvia Plath’s poetry. Major, life-altering events. 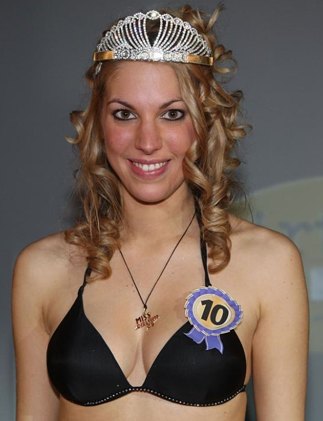 It hurts, is what we’re trying to say. We missed a signature event, a culminating moment, a Haley’s comet meets Hustler magazine show evening. We pause, deflated, knowing we are simply not the on the guest list for the world’s greatest experiences. Jesus, bloggers get the leftovers.

Pellizotti, the Tour King of the Mountains, almost became King of, you know, the Chippendales. (You don’t get a jersey for that, by the way, just a polka dot thong.) Franco nearly had a second career — he is the hot ass in Liquigas. Look at Mr. P in the photo — he looks like he just walked off the set of an old Village People video. Speaking of music, who could possibly forget Groove Armada’s dance track “I see you, baby, shakin’ that ass, shakin’ that ass.” Or course, you remember that, the remix, not the original.

But here we are at home with two kids and no Italian strippers of either variety. A travesty and a reminder: what other country loves cycling more? Sure, the Dutch fans stand by the cobbled roadside in a torrential downpour eating their soggy frites. So what?

The crazy Basques get naked, paint themselves orange and run along side their favorite riders like drunk, rabid dogs at a carnival. Is that relevant, really? But who else has the flat-out style, the monumental taste and relentless libido to put sex and cycling together in so many rich and rewarding ways? Damn straight.

You think something like this is gonna happen at the Tour of California? Sadly, no. We may get a few sexy vegan, yoga podium girls but they’re not doing anything gratuitous. One kiss, one champagne spray, no meaningful gyrations. Too much empowerment. American doesn’t really do sex objects — too politically correct. Only the latin world still understands, respects and revels in the old ways: Me biker, you stripper.

In other words, crap. Am I really crying or am I just so profoundly disappointed my eyes are moist? The heart pounds furiously yet uselessly. Certainly we count our continual blessings: Paris Roubaix, Flanders, Giro …. and yet, we feel the loss, we missed the show. Even the silly yellow hats like it was an 80’s Devo concert.

We’re on record from this moment on. Full coverage, positive slant, interviews, publicity — everything. But we want an invite — Miss Cycling 2010. Mandatory.