Spain is obviously operating on a different cycling calendar then the rest of the world. They have some kind of El Space Time Continuum. Perhaps inspired by the seminal work of Rod Serling of the Twilight Zone, the Spaniards are warping the fabric of time.

Spain is not ready to turn the year over and go to 2010. They are still stuck in 2004 or 2006 depending on their mood. How else to explain the curious backwards effect of time in Spanish cycling? They’ve taken the Back To The Future car, given it a Kelme paint job and launched it back in time.

The latest announcement from Spain on the Operacion Grial doping affair is that they’ve uncovered evidence of doping in team Kelme from 2004. Well, thank goodness, almost seven years later and we’re finally making headway, huh? This isn’t a doping investigation, it’s archeology. Pretty soon the headlines will alert us that they’ve found boxes of amphetamines left over from the 90’s. Maybe some dusty tapas, too. 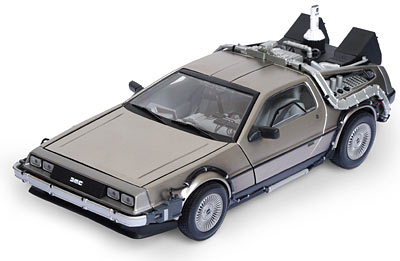 Now, anyone who followed the Kelme doping trail knows that savior informant and Kelme rider Jesus (what a prophetic name) Marzano detailed all this ages ago to anyone with a police badge or judicial robe.

But Jesus was operating in real time and therefore was unable to communicate with Spanish officials caught in the time warp. His now was their past and their futures were never to meet.

Doping doctor and Peruvian Mastermind Walter Viru had somehow scrambled matter and anti- matter until nothing mattered. Maybe it was another, secret cycling drug, like the blue pill in the Matrix. Everyone in Spain just pretended nothing  happened and time erased the evidence.

We are going back, back, back in Spanish time. We though we were stuck in May 2006 still waiting for any meaningful verdicts on Operacion Puerto. Slow motion justice, courts that postpone, arbitration panels that never arbitrate. The cycling world waits for Spain 2006 to make a decision on alleged doper Alejandro Valverde. Not time yet, running behind schedule, don’t bother counting.

Spanish cycling is like Ground Hog Day on a bicycle, endlessly repeating the same stories without any resolution. Deja vu, already seen, time looping, in a holding pattern. Bag of stale blood anyone?