Which way you headed, boys?

Damiano Cunego was 22 when he won the Giro much to teammate Gilberto Simoni’s disgust. Overnight the Little Prince became the future of Italian cycling, the hope of the tifosi and a major star. It’s been a hard ride in the grand tours ever since, with his best finishes a 4th and 5th in the Giro and 11th in the 2006 Tour de France.

Finally, at the end of this season, he came to the conclusion he was more suited to the hilly one day classics than three week stage races. It’s a sacrifice he’s now happy to make.

Cunego finished this year’s Tour de France in 29th place overall. It was Lance Armstrong himself who said Cunego wasn’t suited to the long, relentless climbs of the Tour. Now, Cunego is done with his Tour fantasy.

“The level is so high now that you’re forced to chose,” he told Gazzetta dello Sport. “I can’t miss out on the classics because I’ve got to go for the win in races like Amstel, Fleche-Wallonne and Liege-Bastogne-Liege.”

While Cunego is putting aside his tour ambitions, 25 year old Tony Martin of HTC-COlumbia can’t wait to get back to the Tour de France. “In cycling, only the Tour de France counts. I would like to bring in a stage win there and ride into the top ten.” 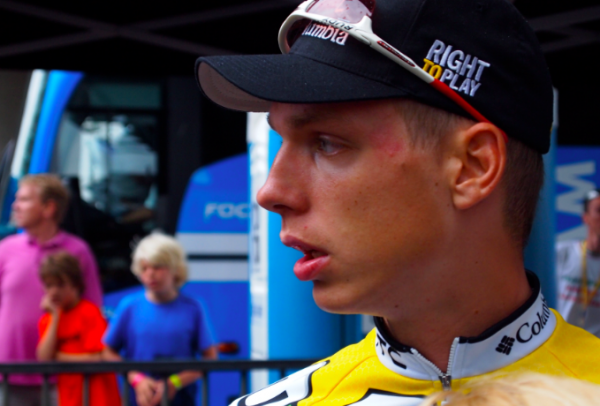 Martin: Bring on the Tour.

Martin finished second to Fabian Cancellara in both time trials in the 2010 Tour and second wasn’t what he had in mind after he won the time trial in the Tour of California, then beat Spartacus against the clock in the Tour de Suisse. “That was the really big disappointment,” he told the German website otz.de

He’s only been a professional for three years but has already proved himself one of the top time trialers in the world, finishing third in the last two World Championships. Perhaps only a tendon problem caused by a new seat position held him back.

In any case, Look for Tony Martin to challenge Cancellara at the 2011 Tour in the stage 20 time trial around Grenoble. But don’t look for Damiano Cunego to ride high in the overall. He’s a classics guy now.