No, not like that driver from French TV that almost killed Flecha and gave Hoogerland a full body barbwire acupuncture treatment. I am not fou, crazy, a menace to cycling society.

A few hours after the BMC press conference, I was still in the small town of Vic Sur Cere and, as the Brits like to say, getting a bit “peckish.” I tried to contact the Cyclesport writers who were by their own account, somewhere in town. No luck. 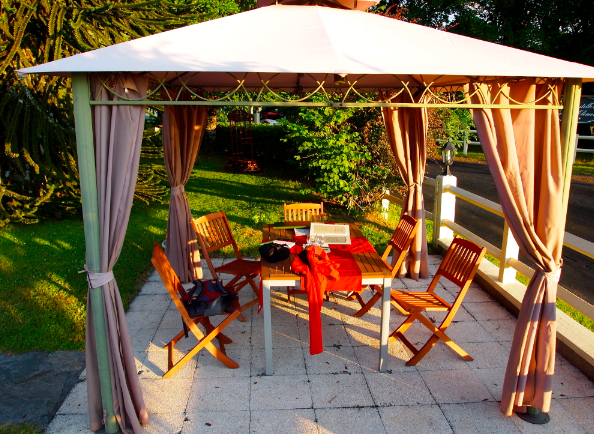 The tour is hard on everybody including journalists — even bloggers — and since it was close to 8:30, I decided to put plan Dinner into effect. You ask the locals.

I saw an older couple out for their walk and asked if there was a good restaurant in town. They looked at me, then up at the 2nd floor balcony behind me where a woman leaned out. In a lowered voice they asked if it had to be in town, was I willing to drive? Bah, oui! 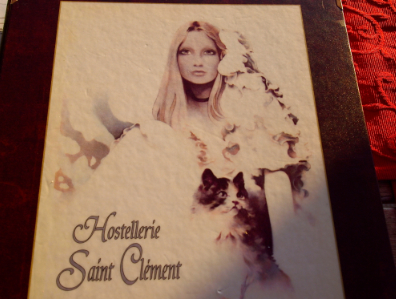 What's with the babe?

They said the Auberge de Saint Clement, up from the valley, less than ten minutes away, was well worth the trip. Bingo. I may have a press credential but I’m also from Northern California and food and wine are an essential part of the Tour trip.

I barreled the small gray Renault up the narrow, winding roads and in no time, parked at the top of the valley with a panoramic view, was standing in front of a beautiful auberge with outside seating. I noted that a group from Radio Shack already had their seats on the terrace. I was, in a word, overjoyed.

I learned from my first tour last year that when the good moments present themselves, you bear hug them with both arms, immediately and gratefully because like riding the tour, anything bad can happen at any moment. Vino and Van Den Broeck were in the hospital; I was dining in style. Chapeau to myself. 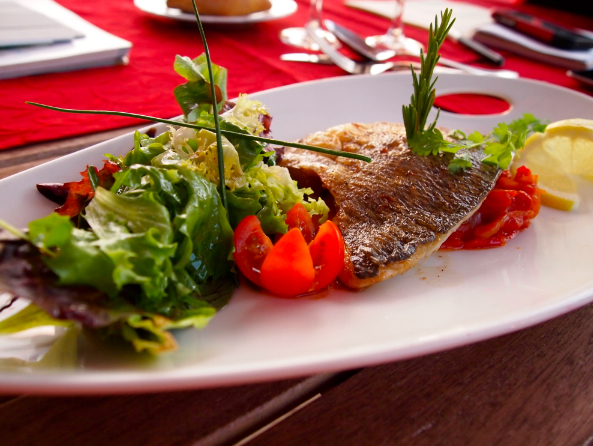 Imagine the dream scenario for somebody covering the mad Tour de France circus. You stumble on this place, they have a table outside, the sun is setting over the hill, your aperitif arrives, they give you the wifi code and it actually works. Nirvana.

I sat with my camera, ipad and iphone and tour race bible, sipping my drink and taking photos of the culinary experience. I felt like I was in an Apple commercial for the Tour de France. The cute serveuse asks if I’d like a little “amuse bouche,” little nibbles to get you going. Hell yeah. 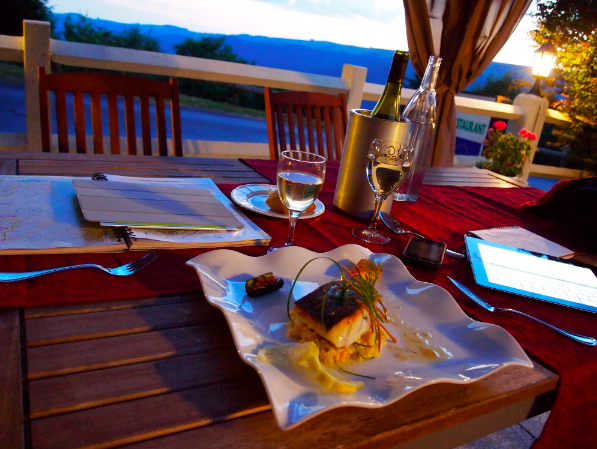 Then the grilled fish arrives with salad and a chilled bottle of chardonnay from the local region — Auvergne. You feel my non-pain? I was taking picture after picture because it was too good. That culinary delight was followed by a some meat and mushroom creation on a puff pasty bun that I sucked up while shaking my head with my eyes closed — yes, it was Stevie Wonder good, mesdames et messieurs.

The sun went down and I went into that drowsy wine-eaten-to0-much stage. The cheese plate arrived with the famous bleu d’Auvergne — my wife’s favorite cheese in the world — and three other fromage masterpieces. I was already stuffed but I was in France, outside, with wine and free wifi, with a press cred still hanging around my neck. I could not say mais non. 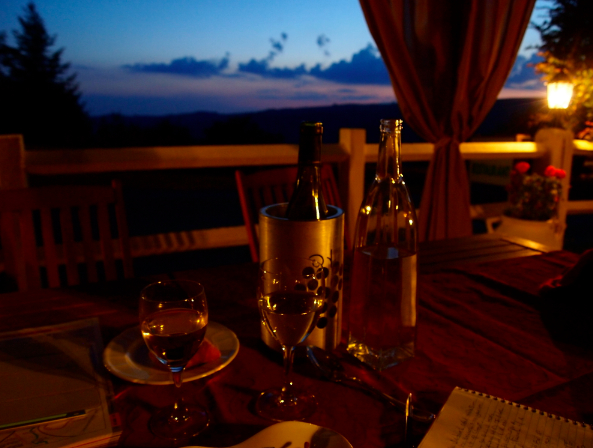 Dessert? But of course my little hamster. Chocolate presented with such art that I was ready to cry or move in or throw all my money on the grass and dance. It was now 11 o’clock and my bed was over an hour away on dark, unlit, narrow French roads but I just didn’t care.

But I did care because the stage from Aurillac to Carmaux starts tomorrow and I had to get things squared away or fail miserably. This is where one of the lessons I learned last year saved my life. The Garmin GPS.

You cannot cover the tour withput one and you cannot get home drunk at past midnight without one, either. I drove teenage fast but with a 53 year old man’s knowledge that I could kill some pedestrian out for a stroll at any blind curve. I’d like to call it focused inebriation. 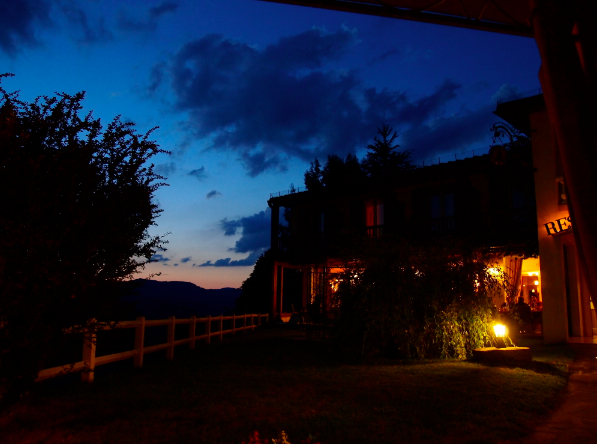 These are deserted, one lane, winding valley and small mountain roads we’re talking about. I did the straights at 105K and the hills at 85. Just flying with the windows down to encourage the return of sobriety or at least the pretense. I’m overstating for dramatic effect but without question, I drove fast, it was late, I needed sleep.

High up you could smell the cool, evening pine air and down in the lowlands, the scent of damp wheat and the faint soupcon (hint, in French) of cow shit. Keeps you awake and invigorated.

I finally made it back to Espalion at 12:30 am. Ready to hit the bed but too exited not to write. That is one measure of the magnitude and power of the Tour de France. There are so many good stories each day and not enough time to write them.