Jesus to testify against Valverde. Savior makes visit to CAS.

Home/Doping/Jesus to testify against Valverde. Savior makes visit to CAS.

Jesus to testify against Valverde. Savior makes visit to CAS.

Jesus. Has there ever been a better name for a whistle-blower? His is the savior of cycling but alas he has been ignored, pilloried and laughed at.

Jesus Marzano, the former Kelme rider, has been called as a witness in Alejandro Valverde’s hearing at the Court of Arbitration in Sport (CAS).

Yes, he is going to the mountain to speak again. After over three years, perhaps someone in the legal profession will do more than just listen.

Our man Jesus was a teammate of Valverde on the Kelme Costa Blanca squad between 2002 to 2003. He has detailed the extensive doping practices within the team on numerous occasions. 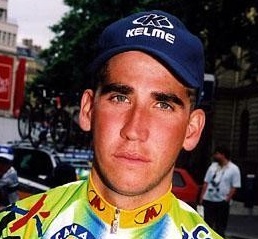 “I remember an evening after one of the Vuelta stages in 2002,” said Jesus. “Valverde came to dinner with a testosterone plaster on. After an hour he ripped it off, otherwise he would have tested positive.”

His testimony lead to the Operacion Puerto investigation but while Valverde was allegedly implicated no punishments were handed out. The Spanish authorities closed the Puerto case several weeks ago to the general shock and disappointment of the entire cycling world.

Back in 2007 Jesus Marzano told the German magazine Stern that Valverde “took the same stuff that they gave me.” For his part, Valverde has denied the allegations but is in for a long legal battle with two upcoming cases before CAS.

The first is Valverde’s attempt to toss out the ban the Italian Olympic Committee (CONI) hit him with last May, which prevented him from racing in Italy for two years. This stopped Valverde from riding the 2009 Tour de France, as one stage dipped into Italy.

Then, in a second hearing in mid March, the UCI and WADA go on the offensive, attacking the Spanish cycling federation’s decision not to discipline the rider. Should Valverde lose that case, a global two year ban is expected.

But our thoughts go back to Jesus Marzano. If you’ve followed his story for these last few years, you have seen his picture before. It’s the same one the media always uses. It’s the face of a sad, even forlorn young man with big ears and bushy eye brows. He has suffered in the same way all whistle-blowers have: losing his connection with a sport he loves, ostracized by the code of silence, ridiculed and slandered.

If anyone deserves better treatment in this tangled and ugly mess, it is Marzano. Twisted Spoke would like to see Jesus smile and find some measure of peace.

(Amazing top photo courtesy of Scott Davidson. His portfolio is at right about here.)