The Anti-doping police in Italy have been super busy this week. No Spring break for them.

First they have Mantova, their year long, dragging on, doping investigation and now magistrate Benedetto Roberti has fired up a second one.

They didn’t find any doping products, just some powdered milk, the anti-inflammatory medicine Oki and some Enervit energy bars. It’s the bars that concern the investigators.

“The wrappers look official, it is true but we must dig deeper,” said Aldo Pomodoro of NAS. “We’re sending them to the lab. There’s nothing wrong with the Vitamins B1, PP and B6 but we have our suspicions.”

While not a a binding legal document, company literature describes Enervit as “a line of energy snacks, that are ideal for any kind of situation: a quick breakfast, a snack for students or for those who need a natural energy recharge.” Like while training for the Giro d’Italian in the hopes of beating Vincenzo Nibali and Alberto Contador.” 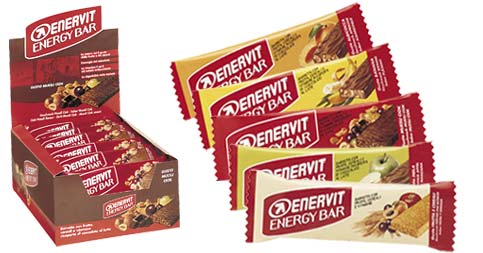 The energy bars under investigation.

These new raids may also to be part of a wider investigation into the activities of infamous sports doctor Michele Ferrari. The controversial coach and Lance Armstrong confident was well know for his views that EPO was no more dangerous then orange juice.

Only this time the story isn’t juice, it’s energy bars. “Ferrari is sneaky. He could be injecting the Enervit bars with illegal performance enhancing substances,” said Pomodoro. “What if  the chocolate covered apple flavor has a micro dose of EPO, what if the apricot flavor is laced with testosterone? You don’t think Ferrari would put growth hormone in the Mueslie Ciok?”

The shocking news of energy bar manipulations was a surprise at the Milan headquarters of Enervit. Press spokesperson Sophia Cannoli said “we have no knowledge of this Ferrari or why he would tamper with our line of healthy snacks.”

For his part, Scarponi has denied any involvement with Ferrari or the Enervit energy bars in question. “I don’t even use those bars — I hate the texture. Those bars were for Leonardo Bertagnolli. Everyone knows I prefer the organic Clif Bars,” said Scarponi.