Hunter back at Garmin. Farrar gets nasty.

Home/Uncategorized/Hunter back at Garmin. Farrar gets nasty.

Hunter back at Garmin. Farrar gets nasty.

”]Tyler Farrar just got nasty. No, not personally,, because that would be out of character for the nice, thoughtful guy from Wenatchee, Washington.

Farrar reads Buddhist philosophy, he’s interested in world history, he’s a curious and thoughtful fellow. He doesn’t live and die with every race like rival sprinter Mark Cavendish. If there’s a knock on Farrar, one thing that might prevent him from winning the biggest races, it’s that he’s too nice. He seems to lack that mean streak, the kill mode, the violent impulse. In short, his table manners are too good.

Garmin-Barracuda fixed that this season. They brought back the bad ass Robbie Hunter as lead out man. Take one look at the square jaw and the defiant stare from the South African and you know not to mess with him. Hunter is an old school tough guy who doesn’t take crap from anybody.

When Cavendish lead-out man Mark Renshaw head-butted Farrar’s man Julian Dean in the 2010 Tour de France, he was thrown out of thrown out of the race. Hunter wouldn’t have waited for the official ruling — he’d have punched out Renshaw the second he got off his bike. Sadly, Hunter had already crashed out of the race with a fractured elbow. 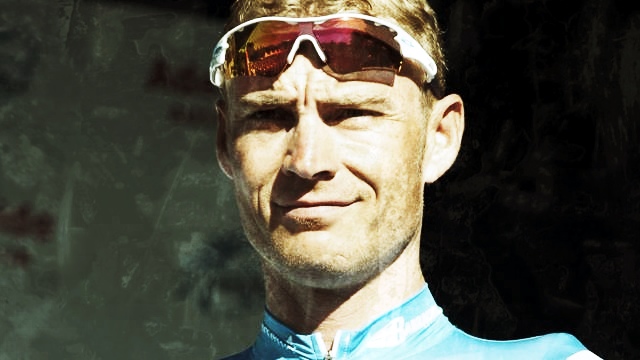 However, the nasty is back and that’s good news for Farrar. “I got on really well with Tyler when I was here before. We clicked really well and he had a lot of confidence in me and that’s really important when you’re trying to lead a guy out,” said Hunter.

Cavendish moved to Sky this season and Renshaw decided to take his own chances at Rabobank. It will be a new train and new drill at the British squad and that will require time, patience and practice.

Farrar and Hunter already have that telepathic trust and connection and with the additions of Koldo Fernandez and Alex Rasmussen, the Garmin versus Sky battle should be a thriller.

“I spent a year away from them but I’ll spend the next two years here and hope this is the team I finish my career with,” says Hunter. Tyler Farrar certainly hopes that’s the case. Things are definitely looking up — he’s got his nasty back.