When two blind men sprint at high speed bad things happen. Hand them a cane and some dark sunglasses.

Mark Cavendish (HTC-COlumbia) and Heinrich Haussler (Cervolo) crashed into each other in the final sprint in stage four of the Tour de Suisse. Both men had the tops of their helmets facing forward, eyes straight down, blinded by ambiton and a finish line.

“I didn’t see Cavendish coming,” Haussler said. “He drove into my wheel and before I knew it, I went down and was lying on the ground. Cavendish didn’t see Haussler slide right when he slide left. They collided with both en slamming down hard, bike pin-wheeling, bodies flipping over bodies.

Haussler looked like he got smacked in the face by the rear wheel and derailleur of Gerald Ciolek’s flying Ridely bike. Tom Boonen did Cavendish the immense favor of skillfully avoiding — by inches — running over the Manxman’s face.

It was a brutal crash and one had to feel sorry for both riders, who were nearing peak form for for the Tour de France. After a win in the recent Tour of California, Cavendish was confident in that full, brash, wild man way sponsors love.

Haussler had already endured plenty this season with early crashes, a bad knee, another crash in the Tour of California and then a drunk driving charge. This was a double shot of bitter. He’d just won a stage at the Tour de Suisse and finally felt he was back at the top just in time for July 3rd in Rotterdam. 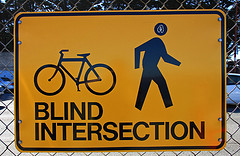 Haussler has a deep wound in his elbow and is out of the race. First drunk driving, then erratic sprinting. It’s a tough life being a bike racer.

Who knows the damages as far as Cavendish goes. While both riders appeared to deviate from their line, it was Cavendish who received the 30 second slap on the wrist. Which certainly was less painful than landing on your back at 40 or 50 mph.