The Rostock Rocket notched his 10th win in the Tour Down Under and trails only Robbie McEwen with 13. McEwen is semi-retired so we expect Greipel to pass the Aussie in the next two editions.

The name Greipel comes from the old German word “Greik” which means “man with scary thighs.” He certainly frightened everyone in the race today — young Rabobank sprinter Michael Matthews was so nervous after seeing Greipel’s quads that he lost his own lead out man Mark Renshaw.

Hutarovich is from Minsk in Belarus so nothing much scares him — just a half a wheel separated him from beating Greipel. Still, he had to be concerned as Greipel’s massive things are almost as huge as Street Fighter heroine Chun-Li’s monster set.

This was the second Tour Down under win in three days for Greipel, who dedicated the win to Jurgen Roelandts who suffered a broken cervical vertebra in a stage one crash. “This victory is for Jurgen Roelandts who unfortunately supports us from the hospital,” said Greipel. “We’re nearly three riders down but the rest of the team that is not injured has been awesome today.” 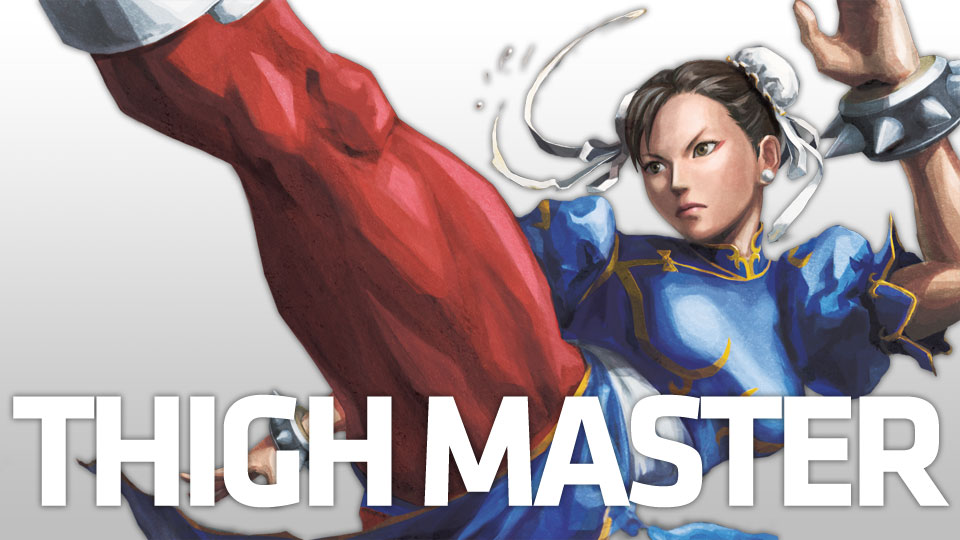 Chun-Li. Could she beat Greipel?

A four man break containing Eduard Vorganov (Katusha), Jan Bakelants (RadioShack-Nissan) Thomas de Gendt (Vacansoleil) and Matt Brammeier (Omega Pharma-QuickStep) left after the neutral zone but everybody else waited for the sprint finish. De Gendt sucked up KOM points on the climb of Sellicks Hill, then took two sprint primes to move himself into fourth overall.

“It was our intention to keep the breakaway in sight with a good gap,” said Greipel. “The crosswinds have made the race faster. The 1km to go mark was the most important point of today’s stage. I told my team-mates ‘I need to be on 5th or 6th position at that point’. They did a great job to put me there and I finished it off.

Correction: Greipel’s massive thighs finished it off. Street Fighter game producer Yoshinori Ono had a unique explanation for the impressive size of Chun-Li’s thighs: “I get this question every time,” he said, “Because, from regular Street Fighter to Street Fighter IV she looked thicker. She appears to be getting thicker from game to game. The simple answer to that is: I am looking for the perfect thigh to rest my head on. So whatever size would work as a nice pillow… ”

That’s another fascinating tidbit from the world of professional road racing. Andre Greipel’s wife has a really really good pillow.