The old corporate cliche was a gold watch to commentate retirement after many faithful years of service.

Trek isn’t giving Jens Voigt the gold watch; instead they’re handing him a silver race bike, silver Bontrager cycling shoes and silver helmet. He’ll be wearing — and riding — all three in his final race, the US Pro Cycling Challenge in Colorado.

The Trek Factory Racing team has a black kit so it was impossible to transform Jens Voigt into a complete man of silver. Then he would have had to endure more than a few jokes from riders slamming he looked like the Tin Man in the Wizard of Oz. 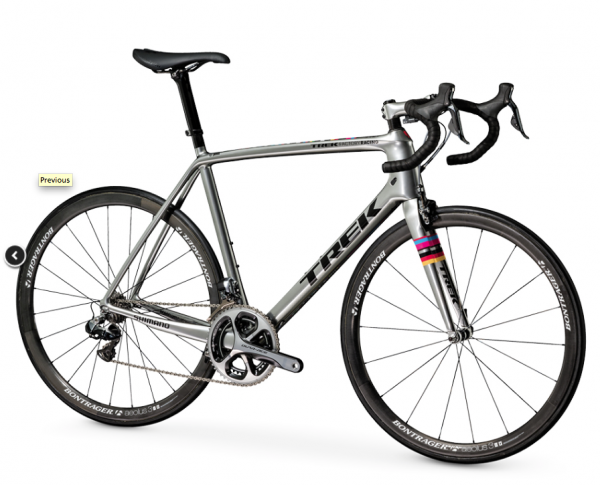 Trek is calling it a chrome treatment but the pictures look silver. He’s going to be one shiny, super-optic German. The concern here at Twisted Spoke is that the sun reflecting off the silver shoes may blind fellow racers and cause a crash. The write-up in Peloton Magazine described the shoes has having almost a “mirror effect.” He may eventually have to put on shoe covers to stop the sun beams.

UCI race commissars are stickers for details and crabby about infractions. Will they take one look at Voigt’s shiny apparel and bike and insist he tone it down? Is there a regulation on shoes that are too reflective or helmets that blind the helicopter pilot flying over the race?

In this year’s Tour of California, Voigt complained bitterly that nobody would let him jump into a breakaway. It’s only going to be harder for the Jensie to slip away with his glittering Trek Madrone, cycling shoes and helmet. No way he’s sneaking away unless it’s a goodbye gift from the peloton.

We’re sorry to see the affable and entertainly Voigt finally wave goodbye. We’re all going to miss him terrible but he’ll certainly he hard to miss in Colorado.

In related news, Trek also announced they’re working on an invisible bike, shoes and helmet for Andy Schleck. This follows a disturbing trend of seeing less and less of Andy at the races. 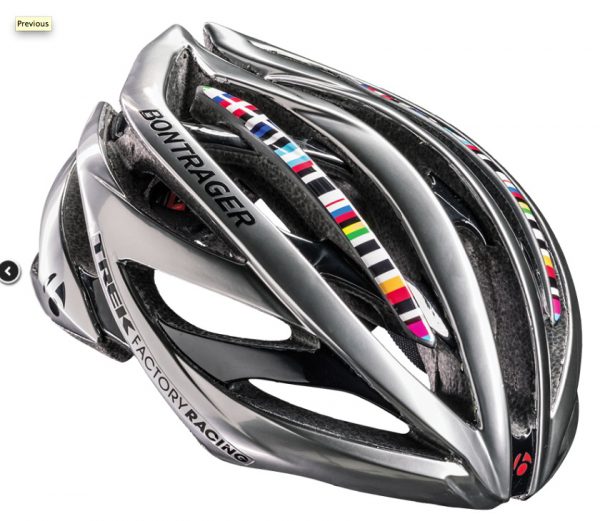