Sastre: Is he ready for Giro smooches?

A very temperamental ball, refuses to work on French or Spanish races, only Italian ones — although the orb correctly predicted the podium of the Tour of Qatar. Is that bizarre?

First an overview of the major contenders and by that I mean those riding to win the overall, not just dress rehearsing for the Tour de France. First category: The Killers.

The serious guns and blood guys are world champion Cadel Evans, Ivan Basso, Carlos Sastre, Alexandre Vinokourov and Damiano Cunego. They are the marked men who have the switchblade in the jersey pocket.

Then there are The Opportunists. Talented riders doing the Giro as homework for the grand daddy of grand tours, Le Tour. Guys like Bradley Wiggins and Christian Vande Velde will only go for a win if the possibility presents itself, the stars align, Evans crashes, Basso gets whopping cough and Vino is thrown out of the race from doping. But give them a sudden, unexpected shot at the podium and they’ll shift gears and go deep into their reserves to grab the prize. 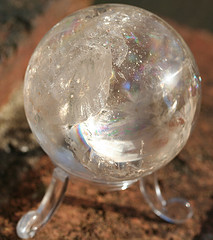 There there’s The Hot-Blooded Italians. It’s the Giro, national pride and Italian manhood demand heros and they are more than happy to sign up. Guys like Michele Scarponi, Stefano Garzelli, Vincenzo Nibali and Linguini Spaghetti — who rides for the Continental Pasta Primavera Espresso team. Did I fool anybody with that one? The bald headed Garzelli always has his moments but at his age he fades in a three week tour. This could be the major breakout for Nibali, who replaces the ejected hair spray victim Franco Pellizotti.

If these roman gladiators have the form on their life and an excess of good luck, they’re good for stage wins and maybe, just maybe, the last step on the podium and whatever is left in the champagne bottle after Basso or Evans is done soaking the sexy girls.

Our final category is the Freaky Dark Horses. This is where truly knowledgeable cycling journalists throw out some under-the-radar rider who might stun-gun everyone. Uhh, well, hmmm. Marco Pinotti, anyone? Krazy Vladimir Karpets? The 40 year old Inigo Cuesta, the wise man on the peloton? Frenchman and wild card Thomas Voeckler of the Beat Box Telecom Boys?

Okay, crystal ball warmed up. Performance improved when I routed the ball through an Apple Macbook Pro. Something about processor speed. The orb is struggling, the face of Basso appeared briefly but then … wait for it, no, it’s Evans holding a small dog …. no he’s fading. What? Gilberto Simoni? Crap, the thing is smoking now.

Twisted Spoke is in a real quandary now. We have a sneaking suspicion that a re-energized Carlos Sastre is going to attack. We believe junkyard dog Cadel Evans is a man transformed by rainbow stripes and that Ivan Basso can improve on last year’s performance.

It’s a brutal, torturous Giro this year, a climbers delight. We’re going with the little Spaniard with Evans once again penalized by a weak team and Basso taking a close third. Our wild card: Bradley Wiggins.