Gesink warms up for time trial in Colorado tunnel.

Home/Uncategorized/Gesink warms up for time trial in Colorado tunnel.

Gesink warms up for time trial in Colorado tunnel.

The science of warming up for time trials has come a long way.

Now, there’s a sports physiologist standing beside your trainer looking like a doctor, giving you the anaerobic protocol. 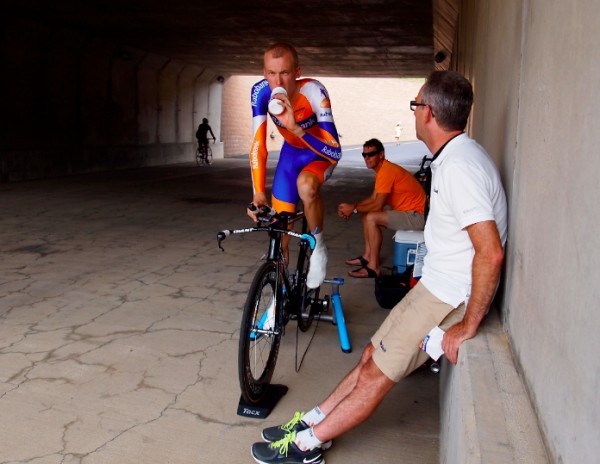 The temperature during warm-ups for the prologue of the US Pro Cycling Challenge was in the high 80’s. Keeping cool was essential for anyone hoping to do well on the short but brutal race down from the Garden of the Gods.

While other teams and riders took shelter under their tents and awnings, Robert Gesink and Rabobank did something novel. They made use of the tunnel that separated the team buses from the start of the time trial.

It was a hilarious sight to see Gesink all by himself warming up in the tunnel. But the temperature was far cooler than any spot people had found.

Gesink finished the 5.2 mile prologue in 21st place, about 17 seconds off the winning time. It was undoubtedly the tunnel effect.