A crazy exhausting day at the Tour of California, stage three up the long, long, queen stage slog of Mount Diablo.

Wiggins looks as smooth and in control as he did in this Tour de France victory two years ago. Pedaling in his fluid, track cyclist style with a maximum of watts, he simply set a hard tempo on a climb perfectly suited to a steady effort.

When Garmin-Sharp’s Janier Acevedo attempted an attack with 1.5k to go, Wiggins shut him down in less than sixty seconds by simply upping the tempo slightly. The Colombian had finished third overall last year in California but Wiggins made that acceleration look pointless.  The Brit didn’t have teammates in the final 8k but never looked remotely in trouble.

In fact, the only difficulty he had was moments before the stage start when he determined his front wheel wasn’t quite right. Even with temperatures in the 90’s on a climb with minimal shade, he controlled the outcome.

A hot and sweaty chapeau however to Rohan Dennis of Garmin who waited until the final steep ramp with 500 meters to go to overhaul a bold attack by Lawson Craddock and take the stage win. He pulled back 20 seconds from Sir Brad but nobody thinks there’s any danger in crowning Wiggins right about now.

“I don’t know if the Tour de France and Olympic champion is going to crack,” Dennis said. “He is a level above all of us.” There’s one mountain stage to go and if feels like the Sky show.

Bad news for Bissell rider Ryan Eastman who crashed along with his teammate James Oram with 20k to go. We got a photo of Eastman after the stage nursing his wounds and his pained grimace makes us think it’s unlikely he’ll start tomorrow. 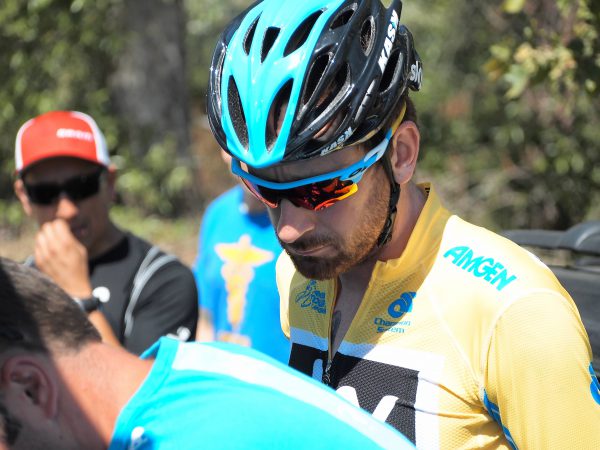 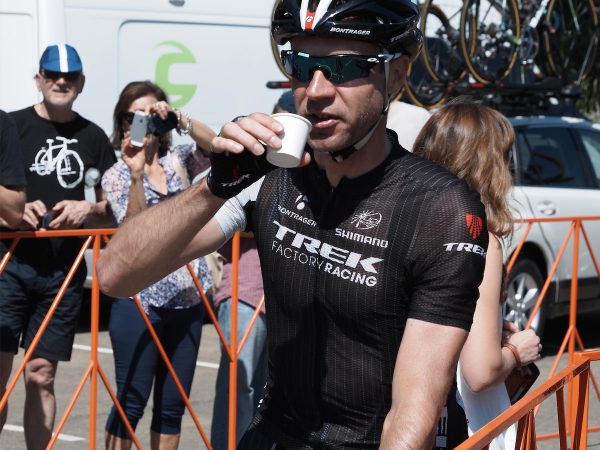 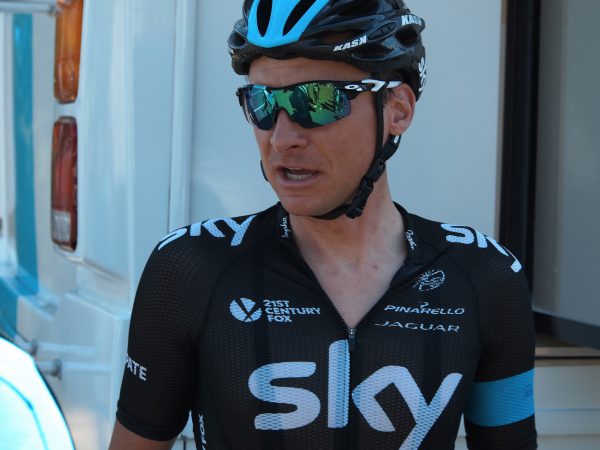 Pate knows it would be a long hot day. 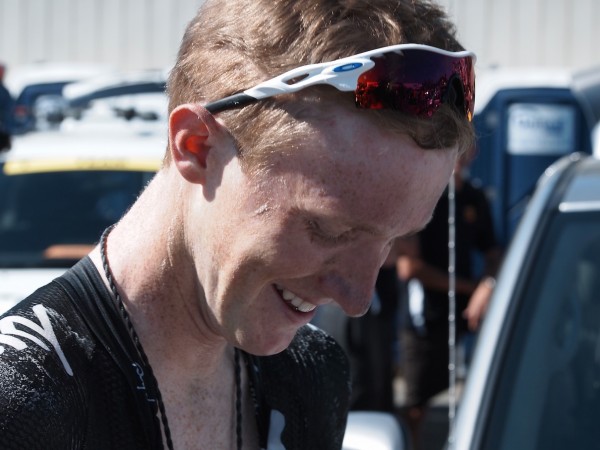 Sky’s Ian Boswell after the stage. 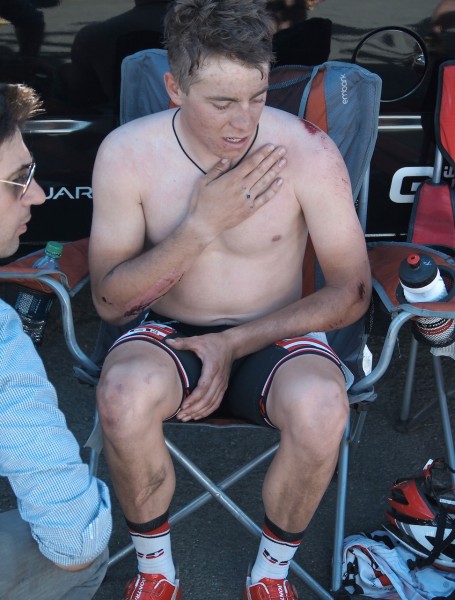 Young Ryan Eastman of Bissel had a bad crash.