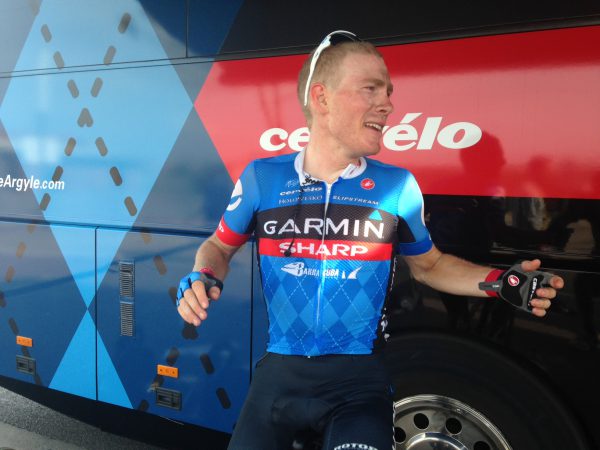 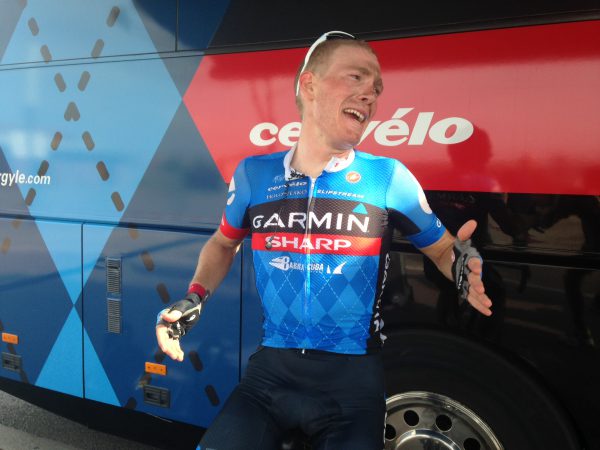 Esprit de Corps is one of those charming French terms that’s worked its way into the global sporting vernacular.

Roughly translated, it’s something like spirit of the body, the body being the group, the organization, the WorldTour pro cycling team.

Body seems the perfect symbol and explanation. The first week of Le Grand Shindig is  often crash-heavy and one or two GC favorites die somewhere on the side of the road.

Today, on the stage from Cagnes-Sur-Mer to the hot and sultry and sexy Marseille (yes, I love this city), the Garmin-Sharp riders hit the deck again. The snake bit Christian Vande Velde want down hard and they’ll evaluate him in the morning to see if he’ll take the start in Aix-En-Provence.

Climber Tom Danielson also went down hard and team captain Ryder Hesjedal is still complaining about the small fracture in one rib from day one in Corsica.

The Tour de France is about survival and the powers of physical recovery and mental resilience. Team boss Jonathan Vaughters always has a tight and loose crew at Le Tour and as proof, look at these three images I shot as Andrew Talansky did his stationary bike cool down.

The can’t see it in the images but he’s gesturing to his two teammates to his left, Hesjedal and Danielson. All three are recounting the crash stories of the day. Danielson did a man, you can’t believe his dude riding up my back wheel and Hesjedal is shaking his head and laughing and not to be left out of the show, Dan Martin is also in on the story telling.

You can see from Talansky’s expressions and gestures that he enjoys going into battle with his Garmin teammates. That is esprit at a high level and one consistent reason why no matter what happens to Garmin, good for bad, in Le Tour, they find a way to rally and surprise.

Esprit de corps. Spirit of the body that has crashed and will crash again. Get up, keep riding, fight for yellow.