Seconds before the failed abduction.

Oh-la-la-la-la. This was close, scary close. Floyd Landis probably thought he was safe from the clutches of the French Police out to serve his international arrest warrant. The one they slapped him with for hacking the computer at the French doping lab Chatenay-Malabry laboratory back in November 2006.

The mad Mennonite made the dangerous assumption that staying on home soil and not renewing his passport was precaution enough. So it must have been a shock for Landis to discover the French had sent two agents to Lake Mead, Nevada to bring back the disgraced Tour winner by force.

Even more terrifying was the lengths the French were willing to go to nab Landis. The two male French agents disguised themselves as flamboyant Folie Bergere dancers. The trick worked to perfection as Landis immediately joined them for what he thought was a humorous photo-op after his second place finish at the Callville Bay Classic. 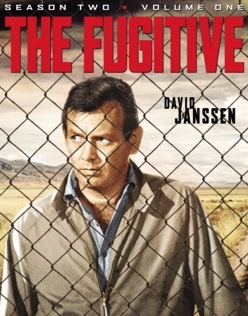 Landis became suspicious when he gave one of the dancers a kiss and felt a holstered gun on her/his right leg. He ran from his bike and succeeded in time-trialing his way to safety.

His whereabouts are now unknown and only FakeFloyd has a clue. Landis is proably watching the entire first season of 1963’s TV show The Fugitive and feelign very Dr. Kimble.

One informed sources claimed that Landis’ coach Arnie Baker, also named in the computer hacking case, was himself nearly abducted. Two men, one dressed as a French street mine and the other as a pastry chef, tried to shove Baker into a rental car outside a Pick n’ Save supermarket.

Reader note: for the next ew weeks Twisted Spoke will be under construction. Expect short term glitches and hiccups. We’re switching to a new site host, changing the web address to www.atwistedspoke.com and completely redesigning the blog for the exciting changes to come — podcasts, video, assorted madness. Be patient.