Why all the polemic?

This is Italy so of course they’re a little indifferent to details. The trains run on time in Germany and Japan; in Italy they take a more casual, dolce vita attitude to these things.

Ahh, you missed the train? Sit down and have another cappuccino and feast your eyes on all these beautiful women. Come, I know a fantastic restaurant down the street run by my cousin’s sister’s uncle.

Maybe the stage was neutralized, maybe it wasn’t, who cares — what did you think of the prosciutto, the Fontina d’Aosta and that bottle of local Barolo? The neutralization? We must not worry about such things. 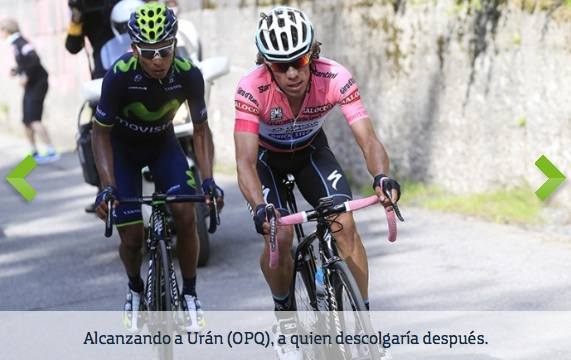 (Just ask former Giro boss Michele Acquarone — after he was fired by his RCS bosses in connection with a financial fraud investigation, he’s still waiting for some clear communication and clarity. Ain’t gonna happen, Michele.)

Anyway, who cares? Certainly not Nairo Quintana, who showed everyone he will win the Giro now that the antibiotics have done their repair work. He smacked fellow Colombian Rigoberto Uran hard across the face and stole his maglia rosa.

Riders and team managers can complain all they want but who’s really going to argue that the general result isn’t the final truth? Quintana proved he’s the strongest man in the race and Pierre Rolland (Europcar) and Ryder Hesjedal (Garmin-Sharp) can only give thanks they were able to hold his wheel. 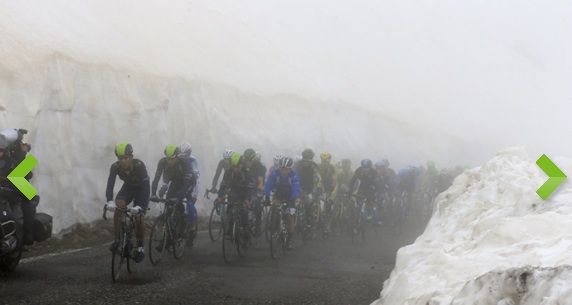 Rolland jumped up to 4th on GC just five seconds behind Cadel Evans (BMC) who looks to be doing a slow fade in this brutal final week. Meanwhile, Hesjedal climbs into 9th, impressive given the 3:26 he lost on day one in Garmin-Sharp’s disastrous team time trial.

Hesjedal always gets stronger in the third week and that should be especially evident in the next few days. A top five might even be a possibility and a tremendous accomplishment. According to a cab driver, Ryder’s girlfriend said he’s feeling all 2012 again.

Neutralization or not, just about everybody in the top ten took a crack at race leader Uran. He was in damage control as his challengers hit the climb of the Val Martello. Minus teammates, he was forced to rely on help from Tinkoff-Saxo and AG2R-La Mondiale but nobody could cut into Quintana’s time gap.