Home/Uncategorized/Christina Hembo builds a team for Rasmussen. Are they both crazy?

Christina Hembo, have you gone mad?

Let’s meet the Danish watch designer who is right now the only person in the world willing to pay disgraced Dane Michael Rasmussen to race his bike. The latest news is that she’s even putting together a team for the Chicken. 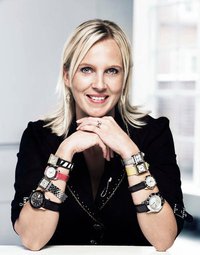 While HTC-Columbia’s Brian Holm thinks it’s a marketing stunt and Bjarne Riis just shakes his head, a recent poll revealed that 91% of the people in Denmark believe Rasmussen deserves a second chance.

Hembo made it pretty clear how she voted: “We are working on the team and will soon be ready to announce something,” said the Female Entrepreneur of 2008 in Denmark.

Still, throwing together a team at the 11th hour, with zero support structure and one signed rider when rosters are locked up seems naive at best. You’d be in good company if you asked the question, is Christina as wacky as Rasmussen?

Here’s the background and you decide for yourself. Christina Hembo is the head of Christina Design London. She made her fortune right out of college by designing Swiss-made watches crusted with diamonds at “astonishingly competitive prices.” 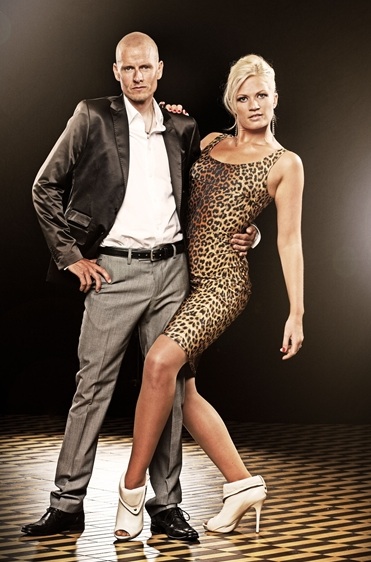 This year the Women’s Business Entrepreneurs group voted her their choice for dynamic and visionary businesswoman. Obviously she understands a business model and the basics of self-promotion. Hembo also danced on the same Vild Med Dans show that Rasmussen tango’d his way through.

She is also, for reasons we haven’t yet discovered, a huge supporter of Rasmussen. She put it this way: “We have all made mistakes in our lives. Our whole way of life is based upon forgiveness and upon giving people that second chance. And I would love to be the one that helps Michael Rasmussen back into the pro tour where Michael so rightfully belongs.”

The Chicken has been easy comedy given his emaciated frame and occasionally bizarre behavior. But we at Twisted Spoke admit we’re ready to forgive the Chicken and welcome him back to the fold. He has suffered enough.

If the combative Vinokourov rides again, if Danilo di Luca — a double offender — returns from suspension nine months early, if even Mark Cavendish’s “parasite” Riccardo Ricco is back racing, then Rasmussen deserves a shot.

We feel the Chicken has done everything possible to rehabilitate his image including the crazy Danish dance show. Admit that took some cajones.

Yes, he’s getting old, yes, he’s a nut-ball, but he’s got a few mountains left in him and we’re guessing he’ll be so thankful for a ride he’ll repay the team many times over.