We feel for Tom Boonen. Been a horrible and disappointing year. The man almost lost his arm to infection at the start of the year! Try controlling a race bike on the cobblestones with just one arm.

After a magical 2012 season when he won everything in sight, the Cycling Gods decided to balance things out with an extra helping of crashes, food poisoning, illness and now, his on-going issue with a painful saddle sore.

That’s the way the Cycling Gods work: they don’t play favorites and insist that everyone from major stars to lowly domestiques understand that bike racing is an up and down sport. Look at Fabian Cancellara — the Gods smacked him around good last year, cracking his collarbone in four places but they took pity and smiled on Spartacus this season.

Bradley Wiggins on top of the world, first Brit winner of Tour de France and Olympic Gold medal, then misery followed by disaster mixed with failure and fall from grace and the psychological torture of watching Chris Froome take over his Sky grand tour squad.

But back to Tom Boonen who is now in doubt for the Eneco Tour which kicks off August 12th. The man can barely sit on a bike seat and unless you can climb out of the saddle for the entire week, that’s just not going to work.

So we ask the pointed question: Does Tornado Tom, or more accurately Tormented Tom, need the Happy Ride saddle made by Sexshop365? Now, according to the story at Grist.org, the saddle was developed for a female audience but we’re wondering if Boonen might also benefit. 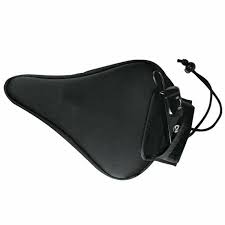 Is the Happy Ride the answer?

The saddle vibrates and stimulates and may or may not culminate in mid-ride orgasm but we wonder if the steady vibration might also prove a healing therapy for Boonen. After all, the goal is to get him feeling good on the bike again.

The popular Belgian classics star could set his preferred level of vibration with the hidden remote control that’s in a pocket at the rear of the saddle. Like ultrasound or vibra-massage devices, the constant stimulation will increase blood flow and promote healing and rejuvenation and we’re sure that pharmaceutical sponsor Omega Pharma would underwrite the purchase of this medical appliance.

Here’s hoping that Tom Boonen takes care of his saddle sore very soon and finds pleasure on the bike again.