It wasn’t much but finally someone from Astana has got Alberto’s back. After the tag team pummeling from Armstrong and Bruyneel this week, somebody had to fire back on Contador’s behalf. Unfortunately it was Geppetto look-alike Giuseppe Martinelli

It was Martinelli the Astana team director, not the kindly wood carver, who disputed Radio Shack remarks that Contador’s ego was out of control. “I found a humble and welcoming boy,” said Martinelli of his visit to Contador’s home in Pinto, Spain.

“He is very serious and linked to work. He showed me his home, but also his trophies and bikes,” said Martinelli, not realizing he’d made the two time Tour de France winner sound like a famous wooden puppet boy. 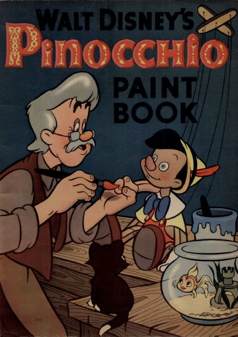 Showing admirable restraint but no sense of inflammatory drama, Martinelli commented on the Radio Shack shellacking. “There will be a lot of attacks from the two, maybe the two strongest men in cycling, Bruyneel and Armstrong. I think Contador has the capacity to manage what will come.” Hey, you carved those guys up pretty good, Giuseppe. Nice work, buddy.

There you have it, Giuseppe to the rescue. It wasn’t exactly the snarling insults we’d hoped for but we’re still waiting for Kazak head-case Nikolai Proskurin, head of the Kazak Cycling Federation, to fire his guns.

After all, it was his henchmen that stole the Trek-Livestrong time trial bike in Austin, Texas a few weeks ago. Swiped it right out from under the watchful eyes of Mellow Johnny.

In the meantime, Contador will have to rely on big, bad Giuseppe to fend off the Radio Shack attack.