The Raven. Dark bird of doping.

Edgar Allen Poe was not a competitive cyclist.

However, the author of the famous poem “The Raven” would surely be laughing if he’d seen the 60 Minutes show where former US Postal rider Tyler Hamilton details the usage of performance enhancing drugs by Lance Armstrong.

What he’d find ironic, bizarre and amusing was that Postal riders used the code word “Poe” for EPO, the illegal drug of choice for all endurance athletes. How team manager Johan Bruyneel and Armstrong came up with the idea to use the name of a writer from the American Romantic Movement is a mystery in itself.

Perhaps Federal Investigator Jeff Novitzky will not only discover the truth behind Armstrong’s doping program but also explain his fascination with the famous poet and author who died early of alcoholism. Poe doped himself with hard liquor and paid the price. 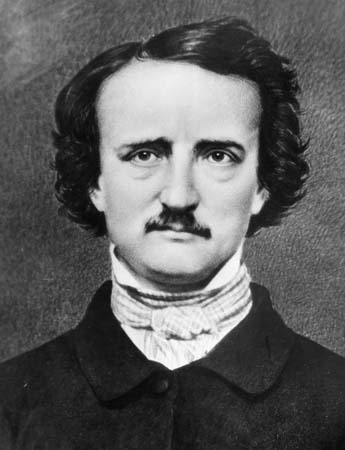 Even a cursory view of Edgar Allen Poe’s life turns up certain symbolic commonalities that are so good you wonder if Armstrong knew or could now appreciate the kinship.

First, Poe died at age 40 and in September, Armstrong will be forty. You can make the case that the Legend of Armstrong died this week with the testimony of Hamilton and what appears to be collaboration from Lance’s best friend and long-time teammate George Hincapie.

Like Armstrong, Poe had no real father figure growing up. His father left the family when he was young and his mother died soon after. Both shared an early life of hard knocks.

Poe is often credited as the inventor of the detective fiction genre — which again just marinates in irony. Federal Investigator Jeff Novitzky has been working overtime on the Armstrong case since the Mad Mennonite Floyd Landis started singing a year ago this month. There are plenty of detectives on this one, trying to sort out the facts from the myth.

One of Poe’s hobbies was a fascination with cryptography and ciphers, which by definition is pretty much the same thing as a code. Is your head snapping back? Yes, Poe was the Postal cipher for EPO, the oxygen blood booster. You just can’t acquire that level of ironic subterfuge if you selected Updike, Pynchon or even Herman Melville for code words. Although Moby Dick would be a terrific cipher for a double dose of human growth hormone.

Last but not least, Poe’s famous poem The Raven tells the story of a distraught man, lamenting the death of his beloved Lenore. As he descends into madness, the black bird continues to utter the singular refrain “nevermore.”

Was the Raven taking about the end of the Armstrong Legend, the close of a dirty chapter in professional cycling, the tragic fall of a hero, the likes of which we will never witness again?

Only Edgar Allen Poe knows the answers to those questions. Or perhaps Lance Edward Gunderson